With the pollution level rising at an alarming rate, air purifiers have emerged as one of the saviours to fight rising complications due to air pollution. Seeing the rise in demand, most home appliance brands have started manufacturing air purifiers which can cost you a premium. According to WHO, 4.3 million people die from being exposed to household air pollution.

Every year, the risk of a rise in health-related issues increases especially during the festival of Diwali, acting as the major contributor to the growing PM levels. PM (Particulate matter) 2.5 is the term used to define the mixture of fine particles including dust, dirt, smoke and liquid having a diameter less than 2.5 microns so naturally, it cannot be seen through naked eyes.

While outdoor air pollution leads to serious health problems, indoor pollution is no less harmful than that. But, before you make that purchase, it’s necessary to look at some decisive factors like the room size, filter replacement charges, standard certification, noise levels, electricity consumption, etc. In this piece, we have listed some of the best air purifiers which you can use to stay void of such vulnerabilities. 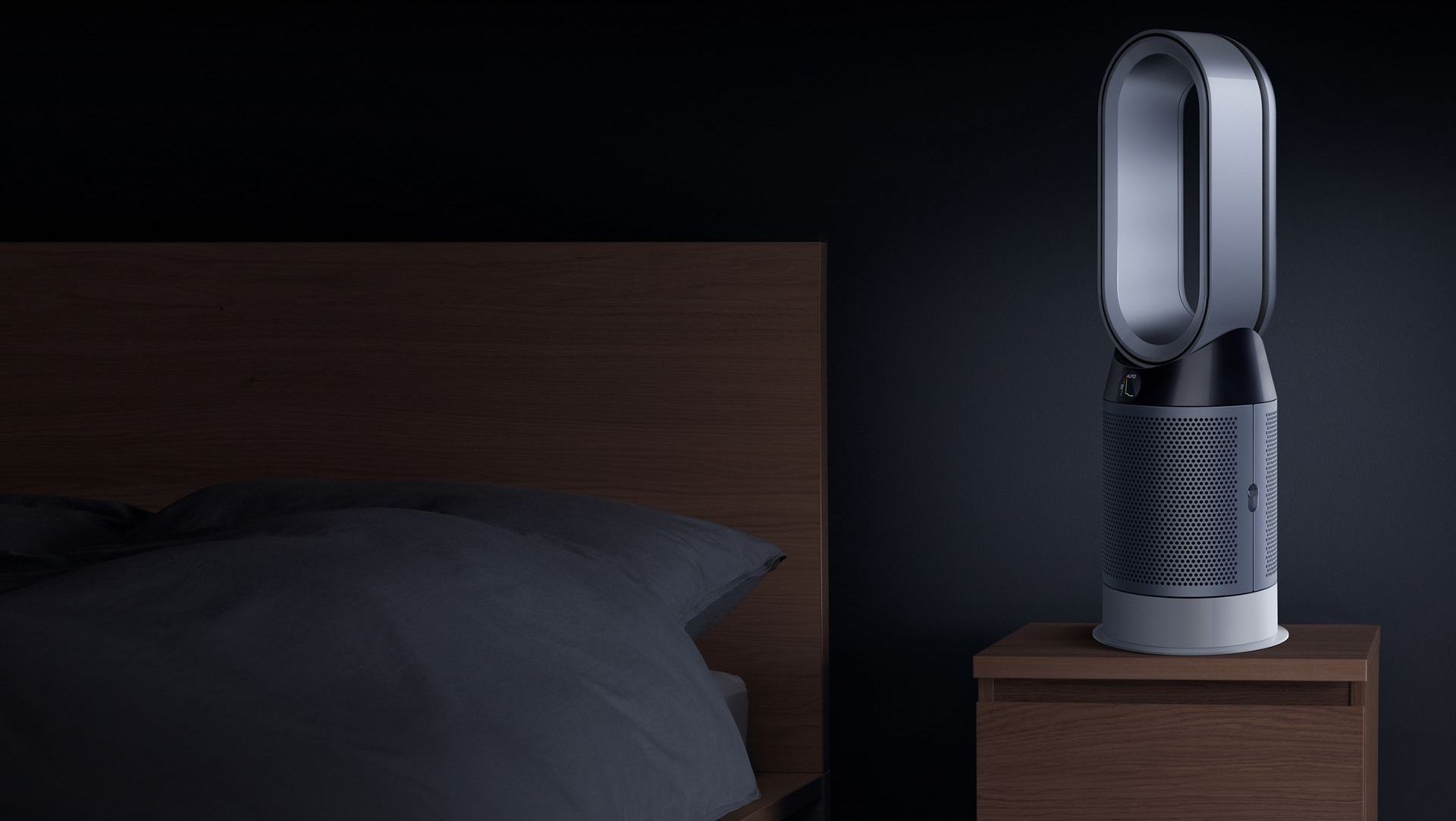 Perhaps the only air purifier with heater technology, the Dyson Pure Hot + Cool is a three-in-one solution that can be used throughout the year. It will throw a cool breeze at you in harsh summers while in winters, the same appliance will keep you and your room warm and cozy. In addition, the air purifier works simultaneously and is capable of clearing out over 99.95% pollutants, even as small as 0.1 microns. The vacuum-sealed HEPA filters are surrounded by activated carbon filters which remove gaseous odor.

Dyson Pure Hot + Cool has a robust built and feels premium when placed in any corner of the room. Its cylindrical design allows the purifier to oscillate upto 350-degrees. The air purifier can be controlled via Dyson Link app and certified by the Asthma and Allergy Foundation of America. 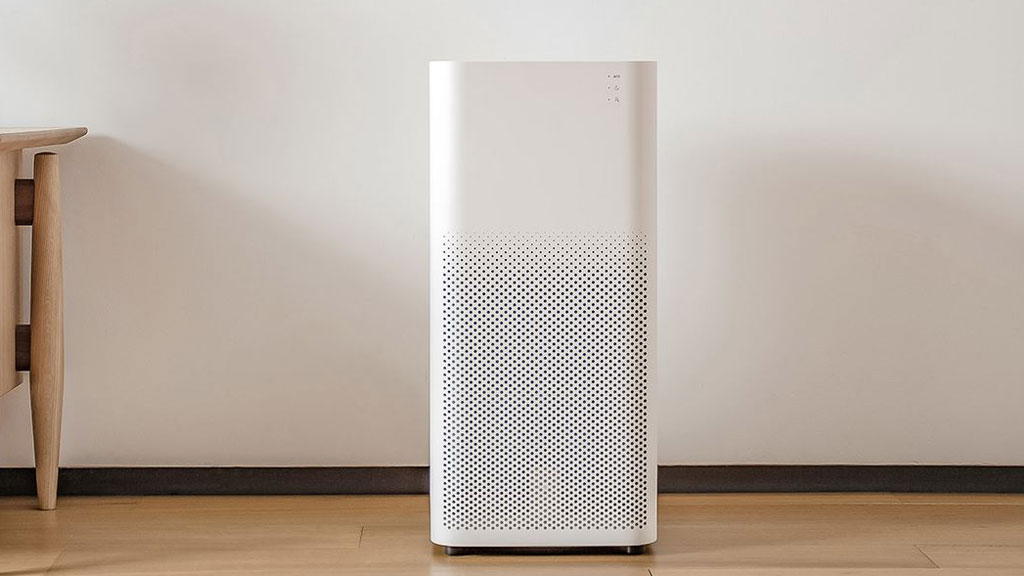 The cylindrical shape of the purifier allows the filter to trap the air from 360 degrees. Its activated carbon filter promises to filter harmful gases and bad odor from the air. It also comes with a smart control system which allows users to control the purifier with their smartphone using the Mi Home App. The system also keeps a check on the filter and alerts the user when it needs to be replaced. Priced at Rs. 8,999, the purifier works silently with 58 percent less energy consumption. So, Xiaomi Mi Air Purifier 2 is an affordable smart device. 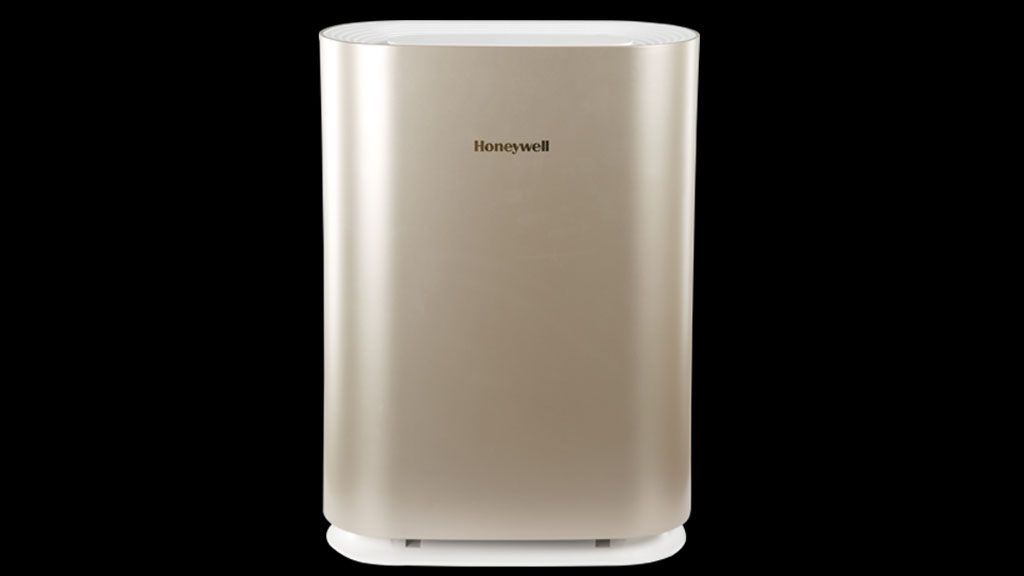 Honeywell Air Touch has a 3D airflow function which takes in air from the sides and bottom and releases pure air from the top. With 300 m3/h CADR, the purifier covers up to 450 square feet area which makes it suitable for living rooms and bedrooms. Equipped with a multi-layer air purification system, the purifier comes with three filters including Pre-filter, HEPA and the company’s own patented- HiSiv filter.

While the Pre-filter removes the PM 10, pet dander and hair particles, the HEPA filter purifies the passing air by removing bacteria, viruses and PM 2.5 particles. The HiSiv filter further improves the air quality by removing odors, formaldehyde and VOC which is indicated on the LCD from time to time. The highlight of the purifier is that it is 100 percent ozone free, which means it does not emit harmful gases as the by-product of the filtration process. In addition to this, the pre-filter is washable and does not require an engineer to change it.

The purifier is available in Champagne Gold and Classic White color variants at a price tag of Rs 25,990. 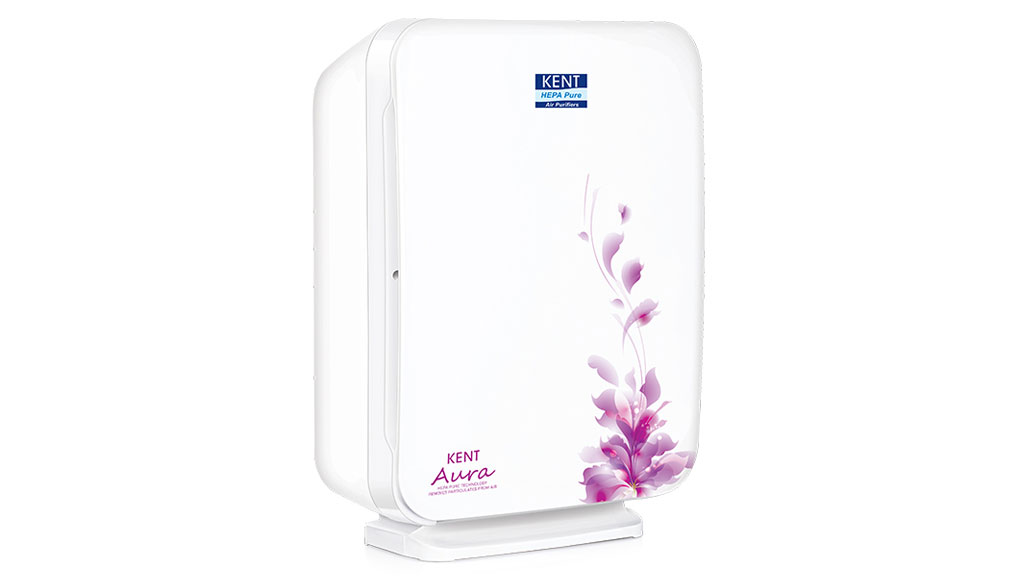 The well-known water purifier company, Kent stepped into the air purifier market with its Kent Aura air purifier. Priced at Rs 15,990, the purifier comes with HEPA filter which removes bacteria and PM 2.5 and SPM particles from the air. Similar to the Honeywell purifier mentioned above, this one also has an activated carbon filter which removes bad odor from the air. Also, to further improve the air quality, Kent has equipped the purifier with an inbuilt ionizer which traps the pollutants either on an electrically charged collection plate or forces them to stick to the surface of the walls of the room.

Having a 180 m3/h CADR rate, the purifier is suitable for small spaces of up to 270 square feet. The Kent Aura air purifier has a LED display which indicates the air quality level in three colors, blue for excellent, pink for good and red for poor. Apart from this, there are three different speed levels and has an 8-hour timer function. So, if you are looking for an air purifier for a small area at a reasonable price, then this will meet up to your requirement. 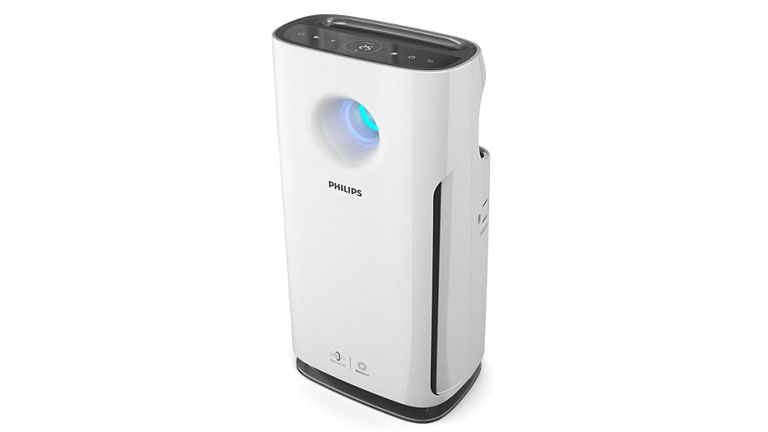 The purifier comes with Vitashield IPS technology which can remove particles of up to 0.02-micron size which is more than 100 times smaller than the normal PM 2.5. With its numerical indicator and 4 color AQI lights, the purifier provides the real-time PM levels in the air. Its special Allergen Mode claims that it can remove 99.97 percent common airborne allergens including the H1N1 virus. The purifier automatically boosts its cleaning performance when it detects any change in the quality of the air.

The purifier has an extra NanoProtect HEPA and AC filter having a CADR rate of 367m3/h which makes it suitable for an area of 95m2. Apart from this, the AeraSense technology of the purifier calculates the life of the filter and also alerts the user about the replacement of the same. Not only this, it automatically stops working if the filter is not replaced on time. It also features a sleep mode which turns down the speed of the fan of the product resulting in noise level of 33db. Users can also adjust the light indicators accordingly in the sleep mode. Philips has priced the product at Rs 32,995 which is a little pricier than the ones listed above but it looks better and offers some extra features if you want to look beyond the basics.

So, with the capacity of tracing the minute particles including virus-like H1N1, the Philips 3000 series (AC3256/20) is a product that you would love to own. 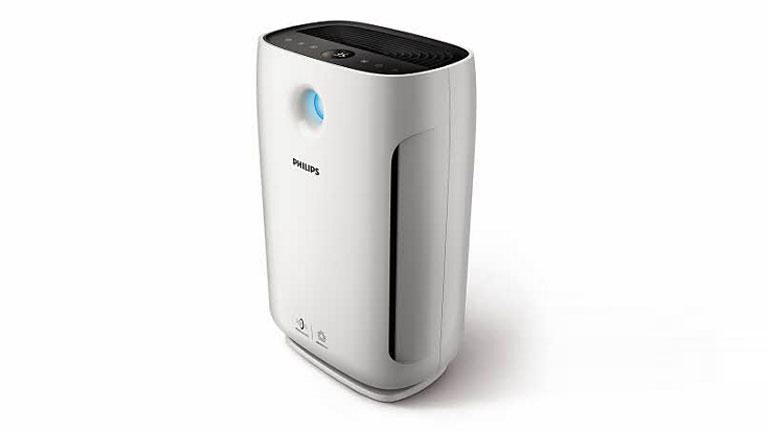 It won't be wrong if we say that this purifier is the cheaper variant of the above mentioned 3000 series. It serves to clean the air of comparatively smaller area varying from 24 to 41m2. Using the similar Vitasheild IPS technology and NanoProtect filter, the purifier promises to deliver the CADR rate of up to 344m3/h, remove ultra-fine particles, harmful gases, bacteria, virus and odor.

Users can also check the life of the filter as it comes with the company's AeraSense technology, which indicates filter replacement alert. The key feature is that it reduces the noise level to 20.5db in the silent mode, allowing users to have a noise-free and comfortable sleep at night. 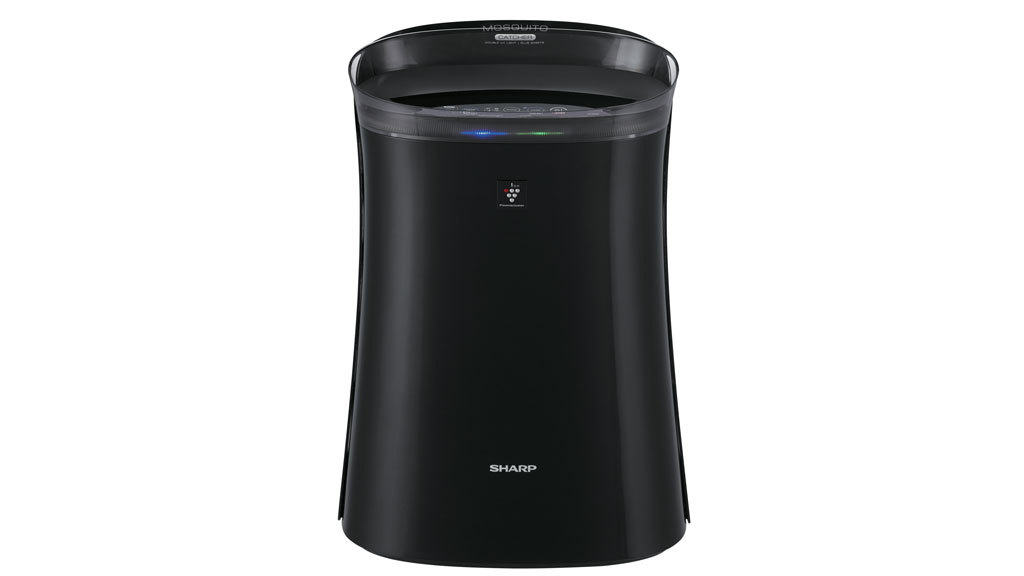 Equipped with Sharp’s Plasmacluster technology, the air purifier is the world’s first air purifier with mosquito catcher. The company’s patented technology emits ions which destroy the chemical pollutants and neutralizes the harmful VOC and toxic gases, thus purifying the indoor air. The mosquito catcher uses the non-toxic mechanisms along with a glue sheet which captures the mosquitoes to reduce the possibility of getting bitten.

The purifier also comes with an H14 HEPA filter which captures 99.97 percent of dust particles of 0.3 microns and can last for up to 2 years. With the highest CADR rate in its category, the purifier is certified by 28 global labs for safety and effectiveness.

In other words, apart from giving pure air, this device protects you against deadly mosquitoes. You can buy this air purifier from Amazon India at Rs 25,999. 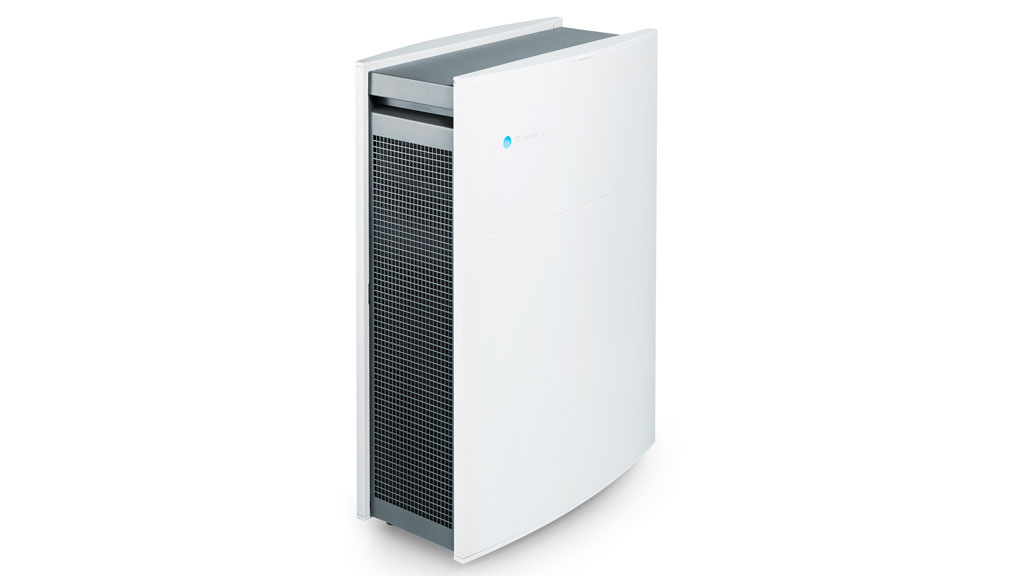 The Blueair Classis 480i air purifier improves the air quality by removing harmful pollutants, allergy and asthma causing virus. The highlight of the device is its Wi-Fi connectivity with integrated quality sensors which allow users to connect the purifier with any smart device and monitor the air quality level using the Blueair Friend app. This not only allows the user to control the purifier from a distance but also provides the tips to improve the air quality inside. In addition to this, the app allows the user to control functions like child mode, night mode, operating speed, etc.

Using the Blueair HEPASilent Technology, the purifier removes all the airborne pollutants ensuring superior quality of air to the users. It comes with a digital control panel which not only indicates the Wi-Fi and filter status but also informs about the VOC and PM 2.5 levels. The purifier is designed to work in an area of 434 square feet with the CADR level of up to 510m3/h. 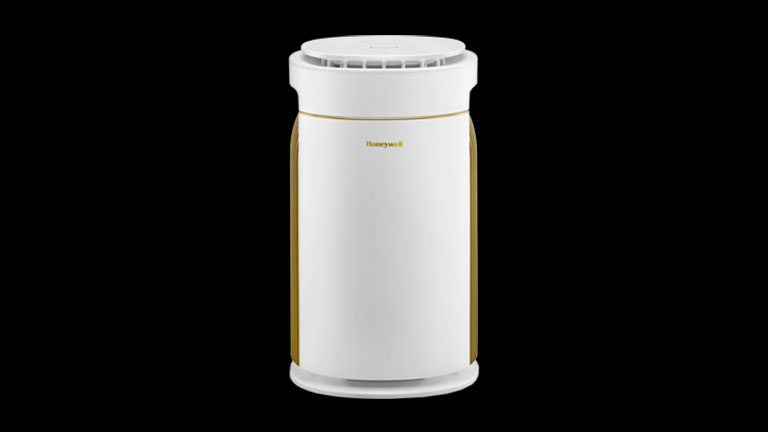 Making way to the list is another air purifier from the well-known brand, Honeywell. Known as the Honeywell Lite Indoor air purifier, the device comes with a three-stage advanced filtration process including Pre-filter, HEPA and Activated Carbon which removes more than 99 percent pollutants, PM 2.5 particles, pollen, bacteria, virus, formaldehyde, odor and toxic gases.

With a CADR rate of 210m3/h, the purifier can clean the air of up to 315 square feet of area in just 20 minutes. It comes with filter replacement and LED air quality indicator and offers functions like sleep mode, child lock, auto timer and 3 mode fan speed control.

Priced at Rs 19,990, the purifier offers approximately 2200 hours of filter life, a noise level of up to 49.5db and is available in Snow White colour variant. 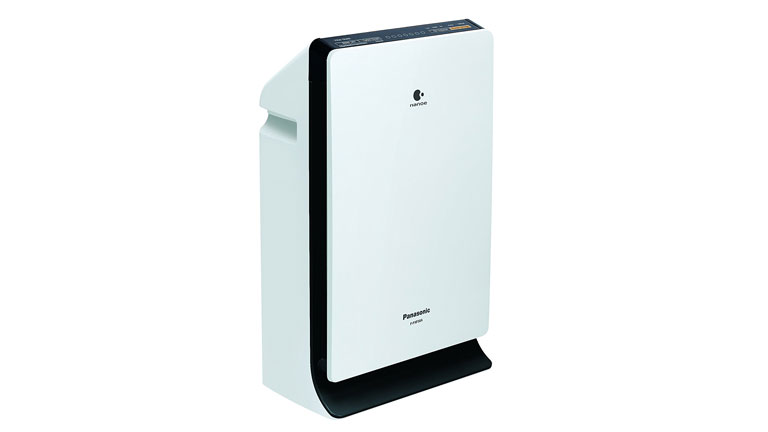 The highlight of the device is that its filter consists of Super Alleru-buster, Green Tea Catechin and Anti-bacterial Enzyme which can remove 17 kinds of virus, bacteria and up to 99 percent of allergens.

Apart from this, it has a sleep mode, auto mode and can work in an area of up to 283 square feet. The purifier is priced at Rs 14,897 on Amazon India.