While the value of cryto currencies such as Bitcoin may have fallen over the past year, the underlying distributed ledger technology (DLT) still has a good long-term outlook.

Though at present crypto currencies are not regulated, the overwhelming success of Bitcoin (BTC), along with Ethereum (ETH), Ripple (XRP), and Litecoin (LTC), means that governments and banks are already considering how to bring them into mainstream use.

And the reason for doing so isn't hard to understand – crypto currencies present an unrivalled way to speed up financial transactions and reduce costs. Better still, ordinary people can mine their own currency, though this does require some patience.

If you've decided to take the plunge and have bought your own Bitcoin (BTC) mining hardware or mining rig, your next step is to connect to a mining 'pool'. This allows you to share your machine's resources over the internet and receive a portion of the mining profits in return.

There are a number of programs available to help manage your crypto-mining. In this guide, we've explored five of the most popular. If you're an experienced computer user, you may prefer to install the free operating system Linux and make use of one of the text-only programs such as CGminer.

If you prefer to keep things simple and are sticking with Windows 10, mining clients with a GUI such as MultiMiner may suit you better.

Before getting started, if you want to be sure a mining program will work with your particular device or operating system, the Bitcoin Wiki has a very helpful list. 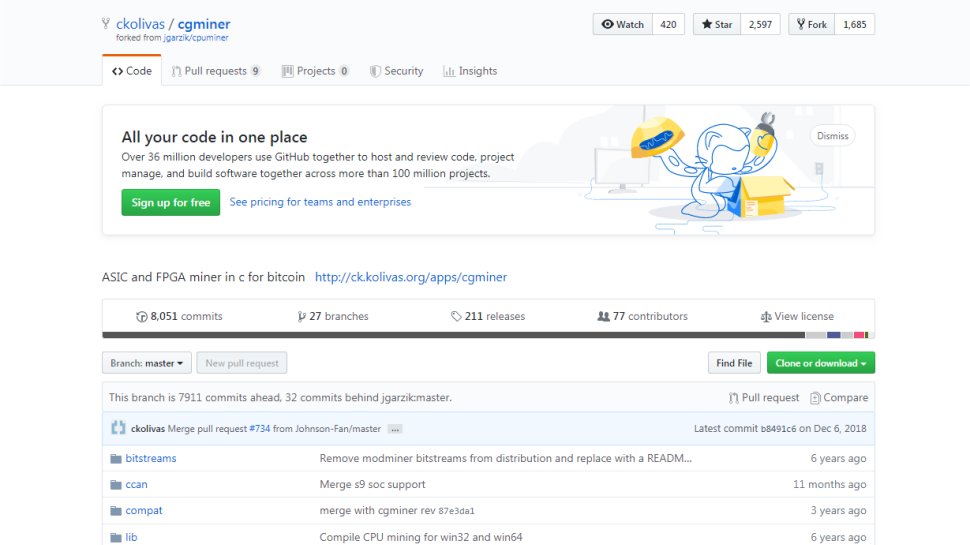 CGMiner has been around for over six years and is coded in C, meaning it’s compatible with almost all operating systems. It works via a simple command line interface and supports multiple mining pools and devices. It's primarily designed to be used with hardware mining devices but can make use of any GPUs connected to your machine as well.

On first run, CGMiner will ask you to enter the URL, username and password (if necessary) for your mining pool, and it will automatically detect any hardware you have connected such as an ASIC device.

Although you have to work with CGMiner via the command line, the layout is very easy on the eye: mining devices are listed at the top and you can use simple keyboard commands to change your settings (e.g. to enable verbose mode or detect new hardware).

During our tests using CGMiner 4.9.2 on Windows 10, we found that Windows Defender and our antivirus software tried to block the download. This may be because hackers using their own versions of this program could secretly install CGMiner on someone else's machine to mine for their own benefit. You can configure your system to make an exception for CGMiner if you wish, or use the Linux version. 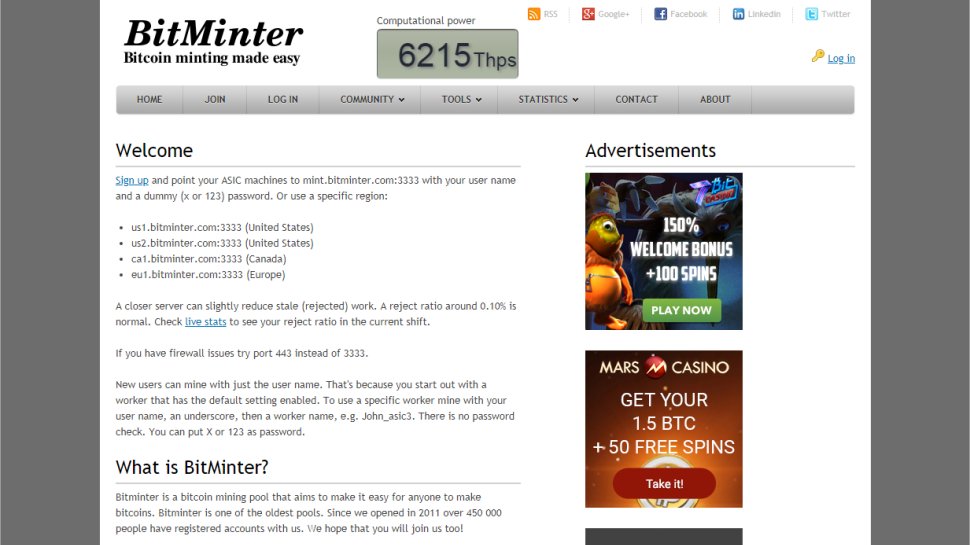 The Bitminter Mining Pool has been around since 2011, and as one of the longest-running and most reliable services out there, it's perhaps unsurprising that its creator Geir Hansen has also produced an excellent mining client too.

The Bitminter client has an extremely clear graphical interface and can work with GPUs and external ASIC devices equally well. A simple dial on the left displays your hashrate in MH/s. Simply click 'Engine Start' to begin mining.

You can check progress at any time by reviewing the 'Stats' section which lists vital info such as the number of proofs of work accepted/rejected by the server, as well as the time spent working. You can reset these values at any time.

The Bitminter client also has a text console at the bottom of the window which provides you with updates such as when a device is connected, or when it has successfully connected to a mining pool.

The software has been designed for use only with Bitminter's mining pool. This means you'll need to create an account via the website. You also need to be happy with the location of Bitminter's servers (US, Canada and Europe), as well as the way in which the company shares mining rewards. 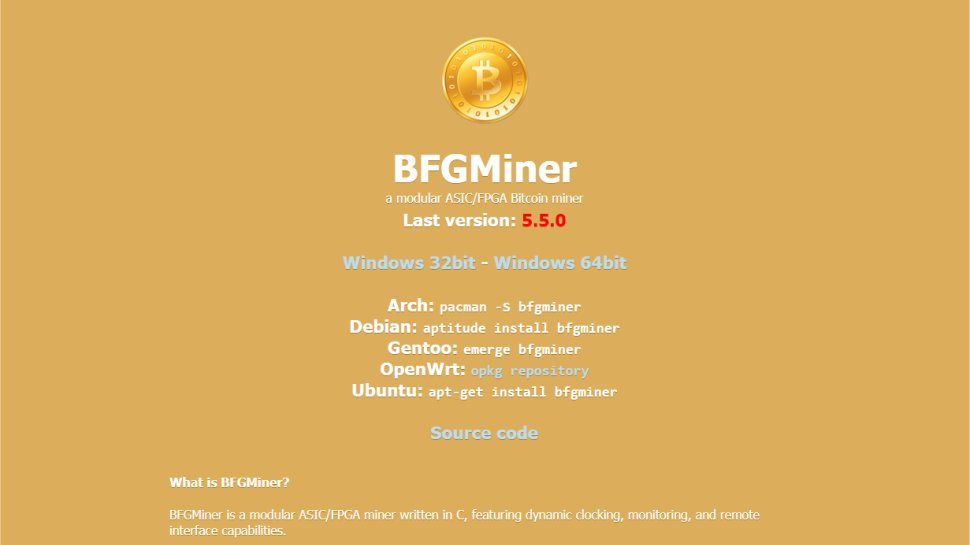 BFGMiner is based upon the aforementioned CGMiner, but is designed specifically for ASIC mining hardware. The client is also compatible with FPGA (Field-Programmable Gate Array) devices and can be configured to work with some graphics cards – but it's unlikely you'll make a profit from these.

As BFGMiner has a narrow focus, it has more features to allow you to tinker with mining devices, such as overclocking and using a remote interface. It also monitors the temperature of most devices and can connect to multiple mining pools. Furthermore, BFGMiner will stop connecting to unreachable pools, saving you precious system resources.

The interface is text-based, but as with CGminer, options are very clearly laid out. You can make use of hotkeys to perform routine tasks such as monitoring pools, identifying devices and enabling extra features.

Besides offering a simple text interface and an arsenal of features, BFGMiner is available for Windows and all major flavors of Linux. BFGminer can be installed on a Raspberry Pi, too, as part of the free Minera operating system. 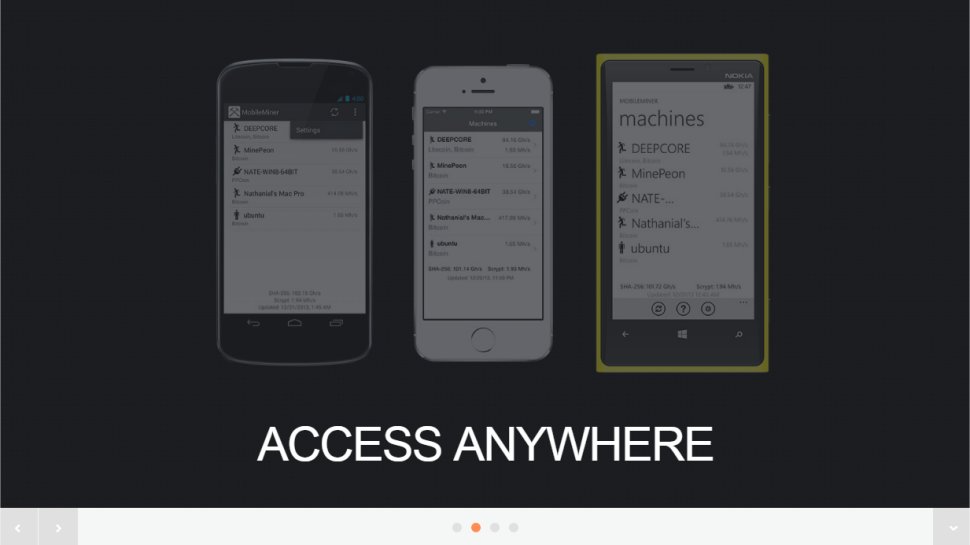 MultiMiner is a graphical frontend for BFGMiner. As such it has many powerful features but is also much kinder to newcomers.

When you first install and launch Multiminer, the application will guide you through the process of entering your pool information, using helpful tooltips to explain potentially unfamiliar terms.

After setup is complete, MultiMiner will automatically scan for mining devices and list their details in a helpful table, such as the pool used and average hash power. Most importantly, the client will also display your daily projected profit with your current mining hardware.

You can use the 'Pools' tabs to connect to multiple pools if you wish. The 'Strategies' section provides an easy way for you to choose how you want to mine: for instance you can choose to mine automatically based on which coin is most profitable, or choose to mine coins with low difficulty.

During setup the software developer requests that you send 1% of your profits to his wallet as a way of saying thank you for creating this awesome mining software. This is entirely voluntary – you can enable/disable this from within the app in the 'Perks' section.

Multiminer is cross-platform but you need to install additional software to get it working on macOS and Linux. 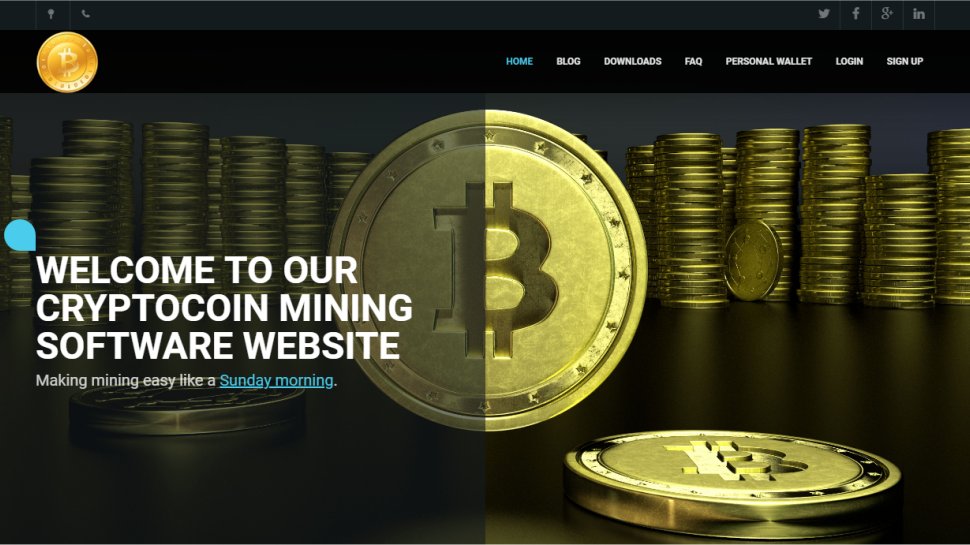 EasyMiner serves as a graphical frontend for the mining programs CGminer and CPUMiner. On first run, EasyMiner enters 'MoneyMaker' mode which allows you to automatically create a paper Litecoin wallet and start mining right away with a private pool. As convenient as this is, it's unlikely to generate much profit at the current difficulty rate.

The dashboard has a neatly laid out interface to allow you to configure mining pools, amend network settings and view your wallet. You can also use the settings feature to enable ASIC hardware such as an Antminer. This done, simply click 'Start Mining' to begin.

EasyMiner includes a console which informs you of the progress of CGminer (cgminer.exe) and CPUMiner (minerd.exe), which by default are used to mine Bitcoin and Litecoin respectively. There doesn't seem to be an easy way to switch off CPUMiner if you're only interested in Bitcoin.

During our tests on Windows 10, Avast Antivirus also automatically removed both the main EasyMiner program and CPUMiner, as malicious hackers have previously installed their own versions of these programs on other people's machines to mine coins for themselves as part of a botnet.

If you're interested in EasyMiner but don't want to deal with antivirus alerts, the program will work on Ubuntu Linux using Wine (see here for more info).