The VR browser is already available for various headsets, and became the default option for HTC Vive in January, but Oculus Quest's extra power should mean smoother performance when browsing VR content.

Like its desktop and mobile counterparts, Firefox Reality includes Mozilla's Enhanced Tracking Protection, which blocks third-party tracking cookies, preventing ad networks from following you around the web and keeping your activity private. Since June 2019, this features has been enabled by default in all versions of Firefox. 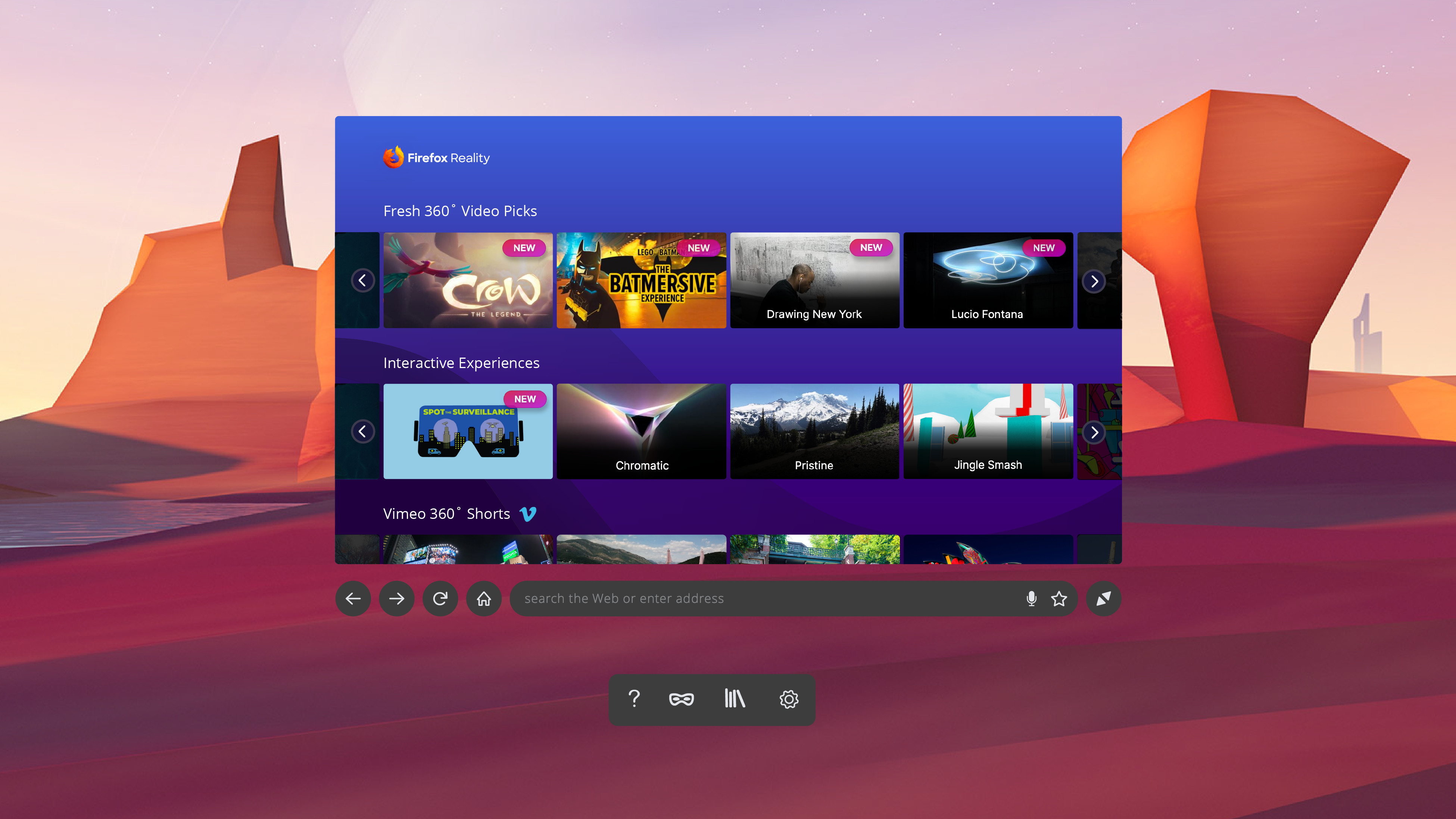 Despite the growing popularity of consumer VR, proper VR web browsers are still few and far between, and Firefox Reality is one of very few specifically designed for use without a keyboard, mouse and touchscreen.

It was launched for Oculus and Google Daydream headsets in 2018, and its rapid adoption by other hardware manufacturers shows real confidence in its potential. It'll be interesting to see how it evolves over the coming years to take better advantage of more powerful hardware, while also tackling the privacy threats presented by the modern web.