Double Dragon Reloaded is a fan-remake of the classic street fighting game Double Dragon that rocked various home consoles and the arcades in the last century.

Similarly to Final Fight LNS or Streets of Rage Remake, it is not just a 1:1 copy of the original game but mixes content of Double Dragon 1 and 2, and introduces new features and options at the same time.

If you ever wanted to play Double Dragon as Hulk Hogan, the Ultimate Warrior, or Andre the Giant, you can now do so. The characters are optional and you find the traditional cast of characters available as well.

Download the archive from the developer website and extract it to the local system. Double Dragon Reloaded does not need to be installed; you can run it directly from the main folder after extraction. The sound track is available for download as well on the developer site. 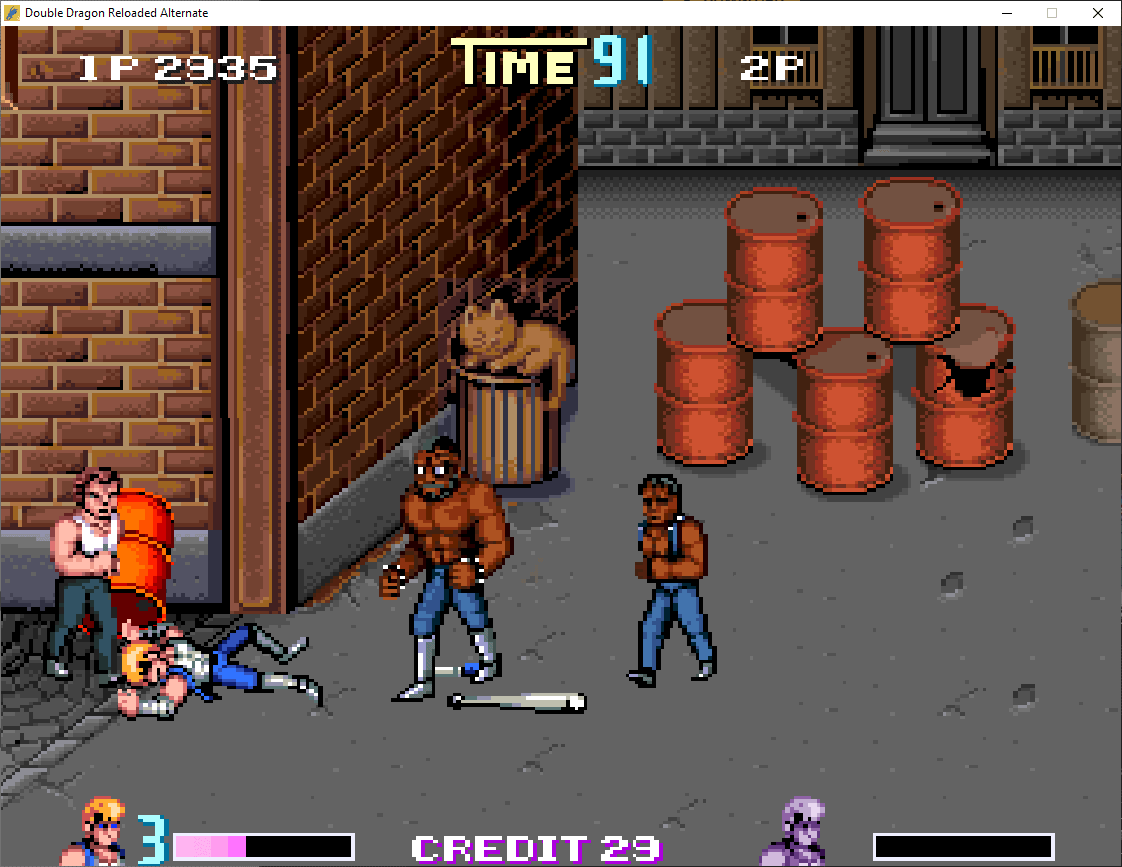 The game features several game modes and play options. You can play it on your own or with a friend in co-op mode. One of the main differences between the reloaded version and the originals is that you may select your character from a selection of 15 different ones that are available.

Game controls and mechanics work identical to the arcade version: you can punch, kick, jump, and use the back kick in the game, pick up weapons and other things to use them in the fight.

You may want to open the options first before you jump into battle as you can change controls, resolution and other options there. There is even a “how to play” option that teaches you game basics.

Double Dragon Reloaded supports gamepads but you may also play using the keyboard. The game presents five different game modes to you that you can select when you start a new game.

Two story modes and three additional game modes are available that include a training mode and a battle royale mode that plays in a wrestling ring.

If you ever played Double Dragon or another side-scrolling fighting game you will feel right at home when you start story mode. The game scroll from left to right for the most part and you encounter bad guys in each stage.

The story is trivial: the big bad boss kidnapped your girlfriend and it is up to you (and a friend) to rescue here. You encounter a variety of opponents along the way including mini-bosses that you need to defeat to proceed in the game. 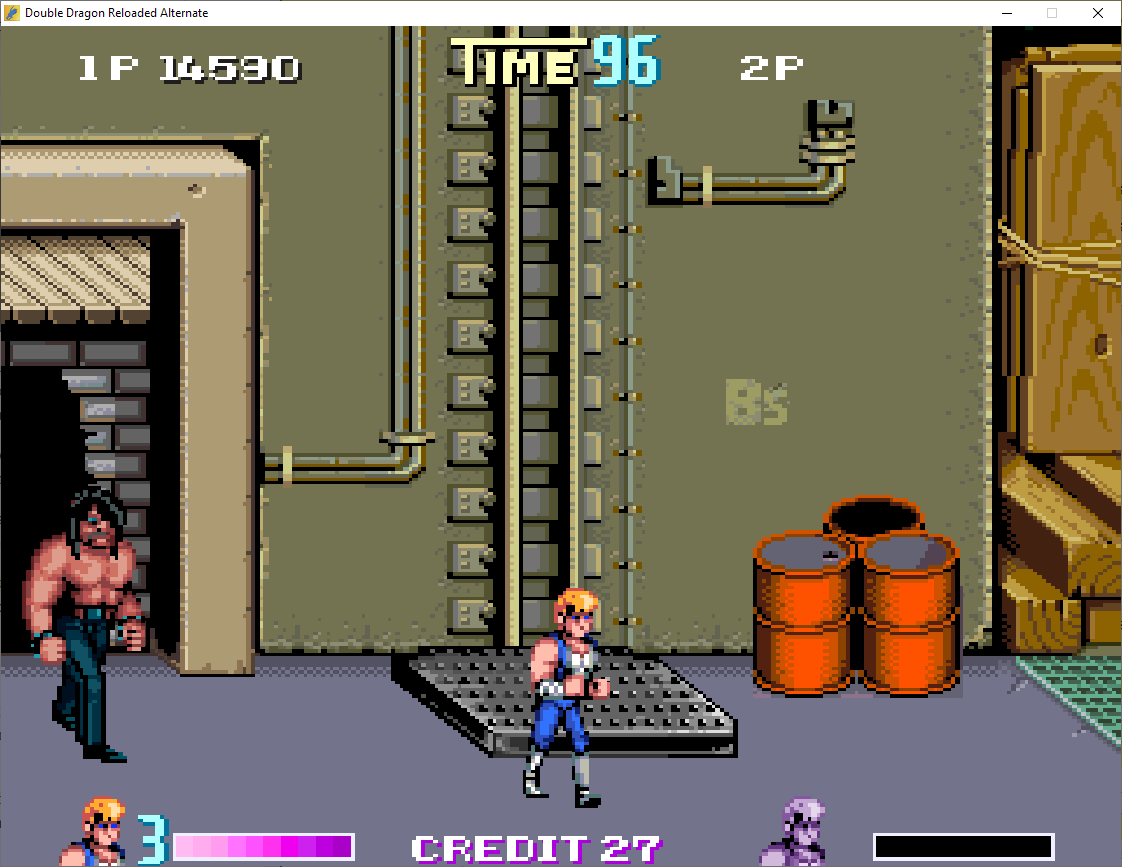 The game is less-forgiving and more difficulty to play than Final Fight or Streets of Rage for a number of reasons. For one, there is no health bar for enemies so that you never know when one of the bad guys or girls is defeated.

You can die by falling down, and if you are unlucky, may end up in a situation were you receive a beating that you cannot really escape from. It is also difficulty at times to jump on a platform as it is not entirely clear all the time how that is done.

If you are new to fighting games, I suggest you check out the Final Fight game instead as you may find it to be more fun to play.

Double Dragon fans may like the challenge, especially since it is close to the original. Players have plenty of credits in the game which makes dying less frustrating.

The game is fun to play, especially with a second player to help you fight the baddies. It is well done and if you like fighting games, you may want to give this a try.

Now check out our ultimate list of free games for a truckload of other options.

Now you: do you play free games? Any recommendations?

Ghacks needs you. You can find out how to support us here (https://www.ghacks.net/support/) or support the site directly by becoming a Patreon (https://www.patreon.com/ghacks)). Thank you for being a Ghacks reader. The post Game Saturday: Double Dragon Reloaded appeared first on gHacks Technology News.