Mobile gaming may be most famous for free-to-play, hyper-casual apps, but the success of mobile ports of blockbuster games like PUBG and Fortnite proves that gamers are ready for more robust mobile experiences. Combine that with the imminent rise of cloud-based streaming, and your smartphone is due for an explosion of games that you’d typically only see on a PC or console.

That’s why it’s unfortunate that most smartphone manufacturers aren’t ready for the rise of hardcore mobile gaming! Each generation of phones is getting more raw power, but any discerning PC gamer will tell you that CPU power isn’t everything. You need a phone designed like a gaming laptop, with the graphics, battery, cooling and accessories to match. At PAX West 2019, you’ll get your first glimpse at a next-gen phone that brings all that and more to the table.

Come to the Republic of Gamers (ROG) booth at PAX West any day from August 30th to September 2nd, and you’ll get a hands on with the ROG Phone II, the powerful gaming smartphone so anticipated by gamers and techies that it sold out online in 73 seconds.

At the booth visitors will have a chance to play a demo of their favorite mobile battle royale—Playerunknown’s Battlegrounds or Fortnite—on a device designed to make touch-screen gaming much more intuitive. Come and try out the mobile behemoth so many people are desperate to get their hands on.

Because the ROG Phone II comes packed with specs that will make PUBG and Fortnite look run better than it ever has on your current phone.

Its Qualcomm Snapdragon 855 Plus CPU can clock speeds from 2.84GHz up to 2.96GHz, and its customized Adreno 640 GPU can run at up to 672MHz, almost 100 MHz faster than the regular 640. Combine that with 12GB of LPDDR4X RAM and 512GB of UFS 3.0 storage, and you have a lethal combo of instant app installs, shortened game loading times, higher frame rate maximums and the capacity to run games on higher settings.

All this power could turn an average phone into a flaming rectangle, but ROG engineers found room for a GameCool II heatsink with a 3D “vapor chamber” to keep your system running smoothly. You can even be extra safe and clip on its AeroActive Cooler II accessory fan and cool things down an extra 3.5º C. 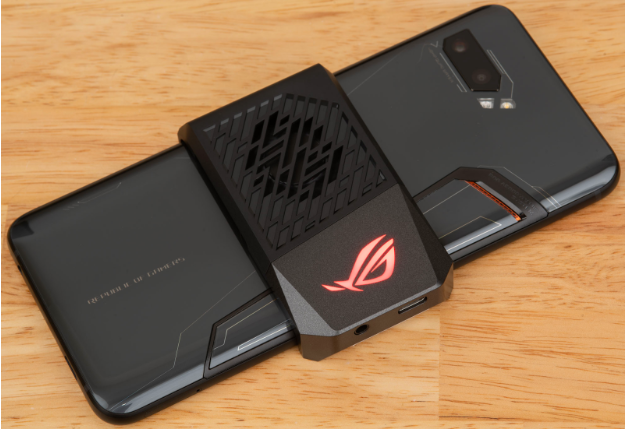 Typically, once you buy a smartphone you’re stuck with whatever specs and design came out of the box. If your phone runs hot, you either live with it or drop another grand on a better one. The Phone II is unique in its modular design, built to give gamers options for improving their mobile experience in different ways.

Other accessories for the ROG Phone II include a TwinView Dock for dual-screen action (think Nintendo DS), a gamepad that lets you slide joystick controllers on either side of the phone like Switch joy-cons, and a desktop dock for turning mobile gaming into a more big-screen experience.

It may sound like ROG has essentially turned its phone into a mini-gaming console or laptop, but mobile gaming comes with very specific challenges, and ROG had to find solutions to make such a comparison viable.

For example, the vsync tech that reduces tearing for mobile games also locks a game’s frame rate to the max refresh rate of the display screen itself. So ROG gave its newest OLED display a max of 120Hz, compared to 90Hz on the previous ROG Phone.

That’s a potential 120fps on a 2340×1080 resolution HDR screen, which is exactly as wide as it sounds. Beyond mimicking ultrawide gaming monitors, this horizontal real estate gives vital room for the on-screen control interface, so your UI doesn’t block half the screen and stop you from spotting your enemies.

Plus, there’s the simple fact that touchscreen controls can be slower and less reliable than a controller or keyboard. So ROG added AirTriggers with a 20ms response time, reduced its touch-to-response latency to “35% less” than competing smartphones according to ROG, and the touch screen has a 240Hz response rate, which is double what the nearest competitors offer. 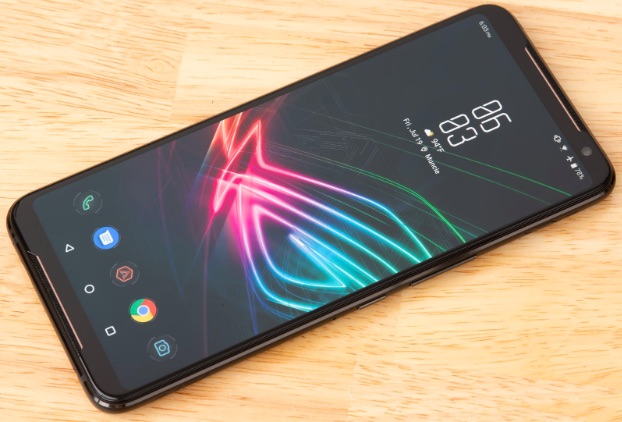 A short booth visit won’t let you see all of the ROG Phone II’s upsides. Its massive 6000 mAh battery capacity probably won’t matter if ROG keeps it charged with one of the phone’s 2 USB Type-C ports. And while its twin speakers with DTS:X Ultra processing would sound like a symphony at home, we can’t guarantee it will cut through the crowded PAX hubbub.

Still, all of these freakishly good specs will make your mobile gaming experience anything but casual, and we strongly encourage that people with PAX West tickets check out the booth for themselves and turn all of these impressive numbers into a tactile, seeing-is-believing experience.