Apple just unveiled the iPhone 11 Pro at its September event, and it is a beauty – even if very little has changed on the outside since the release of the iPhone X in 2017. But it’s undeniably the best iOS phone yet – so how does it stack up to one of the best Android phones, the Samsung Galaxy S10?

Both devices are incremental upgrades on their predecessors, though that still makes them some of the best phones available. In features and price, they’re certainly two of the top flagship phones of 2019.

But what sets them apart? We’ve broken down a comparison into key categories to see how these top devices measure up. Wondering which has the better display? Curious which packs a better suite of cameras? We’ve got you covered. 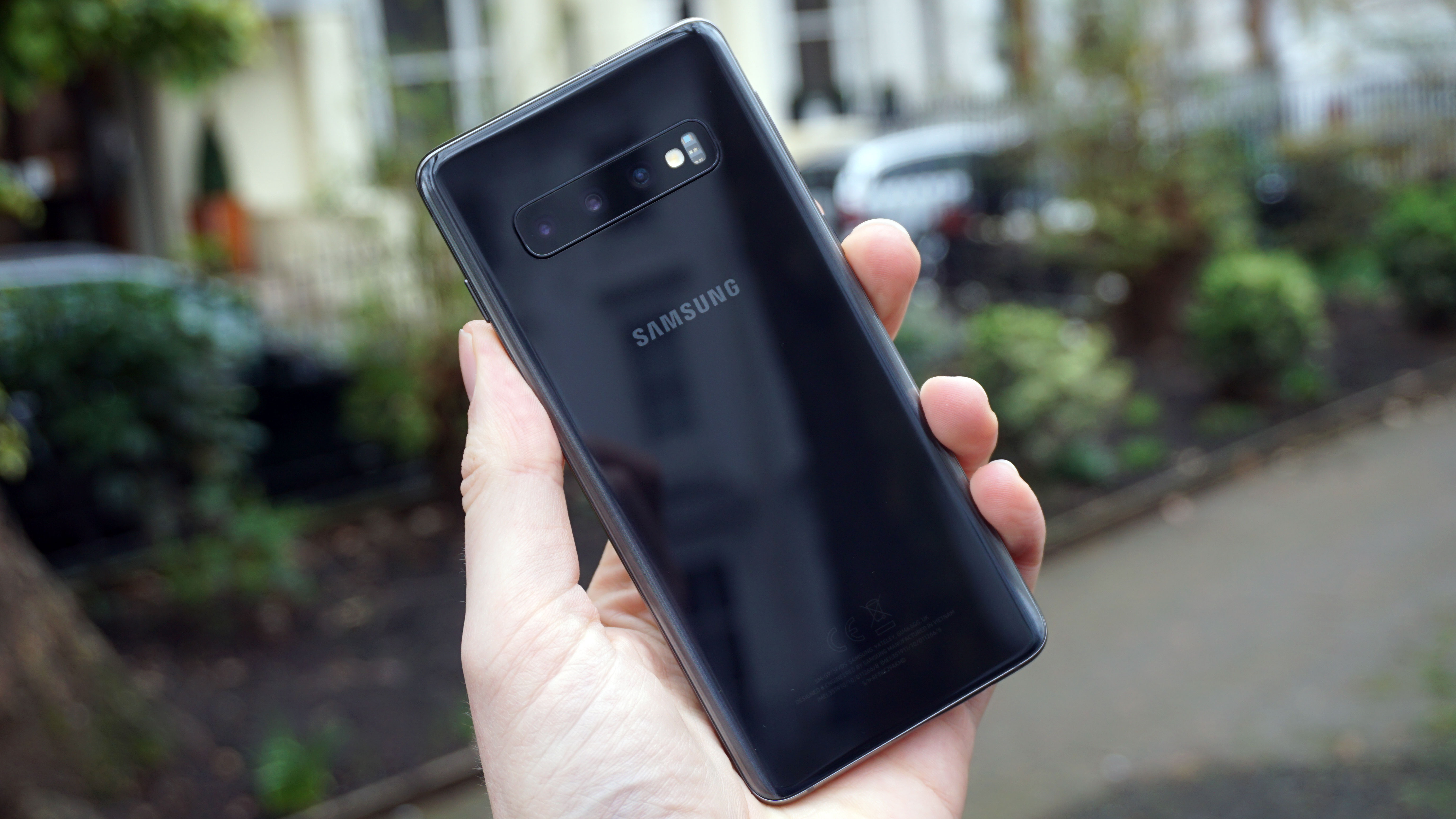 As far as design, both phones look much like their predecessors. The Samsung Galaxy S10’s ‘Infinity Edge’ bent display and camera arrangement are one style, while the iPhone 11 Pro is a round-edged rectangle. Samsung’s 6.1-inch screen makes it slightly larger than the 5.8-inch-display’d iPhone 11 Pro, if screen size matters to you.

Alright, there’s really only one comparison here: that camera blister. The Galaxy S10 opted to stretch its three cameras and flash into a rectangular wedge, which looks a bit too angular in an 80s sedan way.

But it’s arguably more attractive than the camera blister on the iPhone 11 Pro, an offset circular-lenses-within-a-square on the back cover. It looks all kinds of lopsided, and will arguably split phone fans down a love-or-hate line…but if anyone’s winning this beauty contest, it’s the Galaxy S10 by a healthy margin. 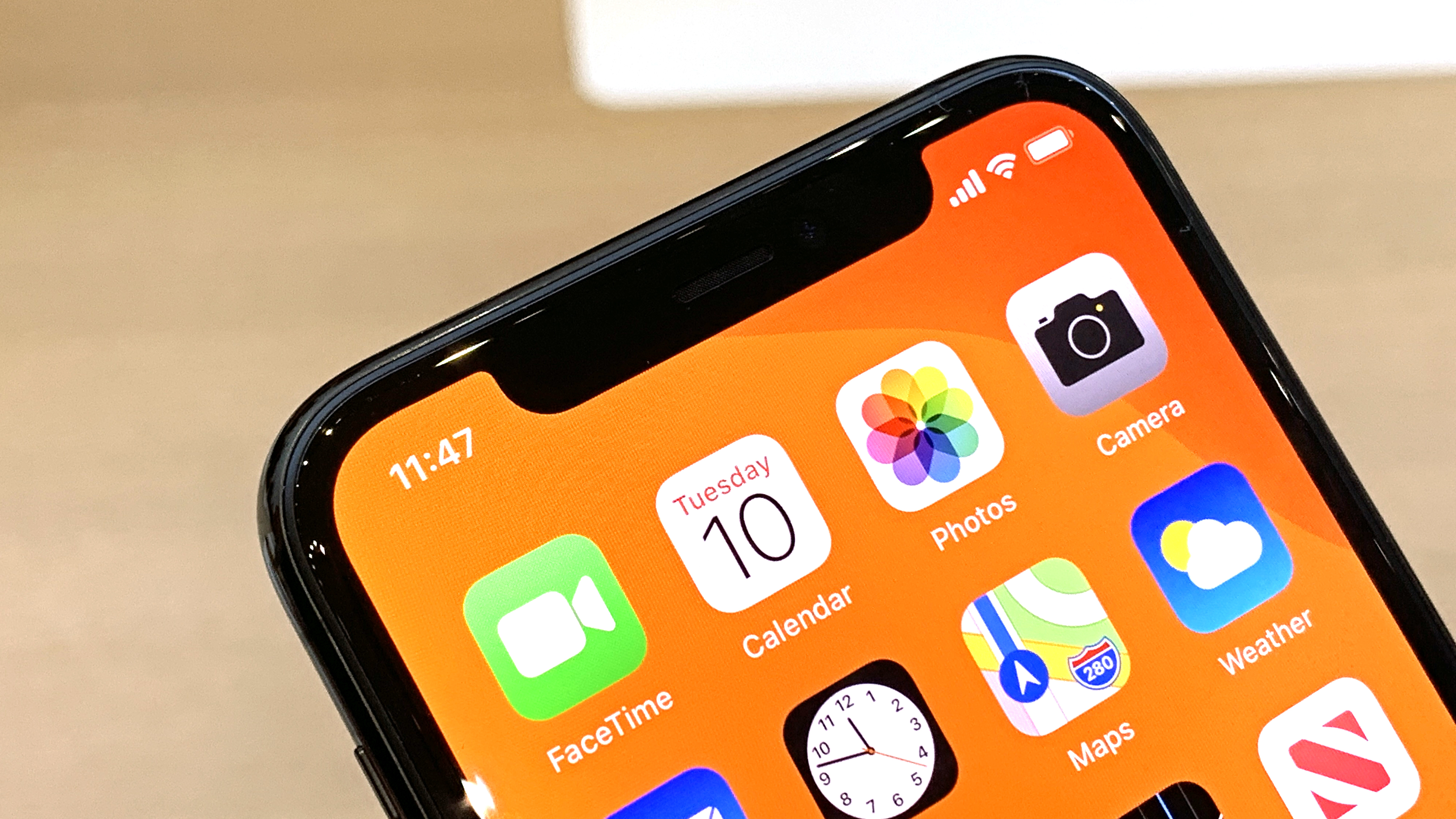 The iPhone 11 Pro’s 5.8-inch OLED screen looks sharper than ever, and it’s even got a new gobbeldygook name, ‘Super Retina XDR.’ Sadly, those early rumors were correct: Apple has kept the notch, which looks larger than ever in a year where phonemakers strained to give users more and more screen.

As for the Samsung Galaxy S10, the front-facing camera has been reduced to a single punch-hole in the top right of the display, while the fingerprint node on the back has been eliminated in favor of an in-screen sensor. It’s more attractive than a notch, and the best compromise this side of workarounds like pop-up cameras or exposing lenses by sliding down the front screen.

Overall, this is an OLED vs OLED battle, and though the resolution figures differ, they by in large look great. The Samsung Galaxy S10’s 1,440 x 3,040 pixels are bigger than the 1,125 x 2,436 pixels in the iPhone 11 Pro – which makes sense, given the former has a bigger screen than the latter. But Samsung sets its default resolution to 1080p, meaning you don't really need much more than that. 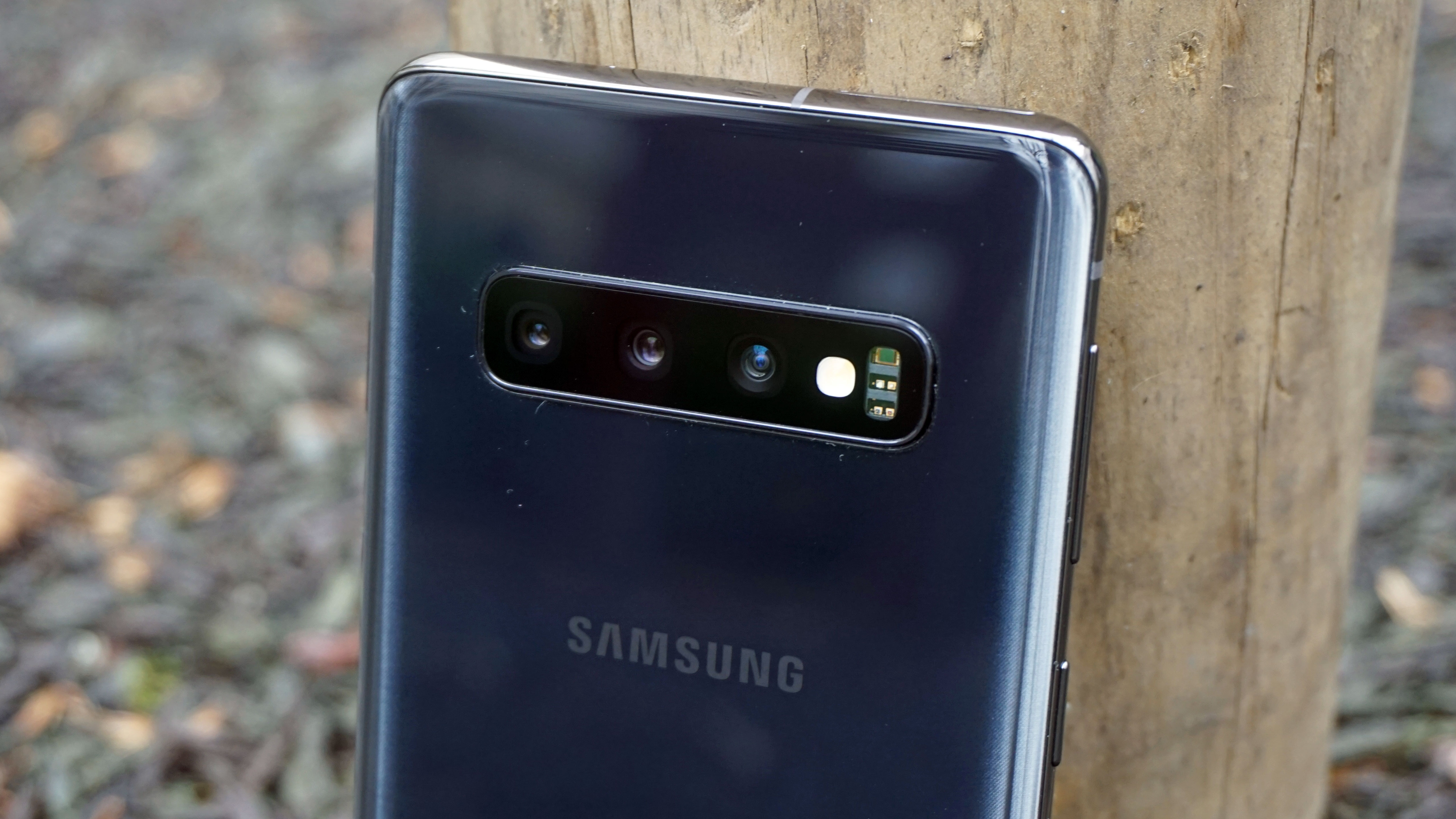 In true 2019 fashion, the iPhone 11 Pro added a third lens to its repertoire – a 12MP ultrawide lens, capturing a 120-degree field of view. The 12MP main and 12MP telephoto lenses of the iPhone X and XS captured great medium photography, but the extra width should be great additions to the toolset for snagging photos of landscapes and tight interiors.

The Samsung Galaxy S10 already introduced a third wide-angle lens to its photographing setup, with great results. We loved the 123-degree field of view gained by the lens, augmenting an impressive array and giving us much more context than the typical 90-ish degree main lens.

Both phones expanded their setups this year with more lenses, but the competition has consistently come down to post-processing software. Apple’s prior phone cameras have taken softer and tighter shots, but there’s a lot of quality-of-life tweaks that streamline shooting (like when holding down the shutter to take a video, a la Snapchat or Instagram), while Samsung has tried to augment its lens range with a dedicated Night mode, to decent success.

What’s clear is that both phones have built out the variety of shots you can take, which is a win-win for everyone. 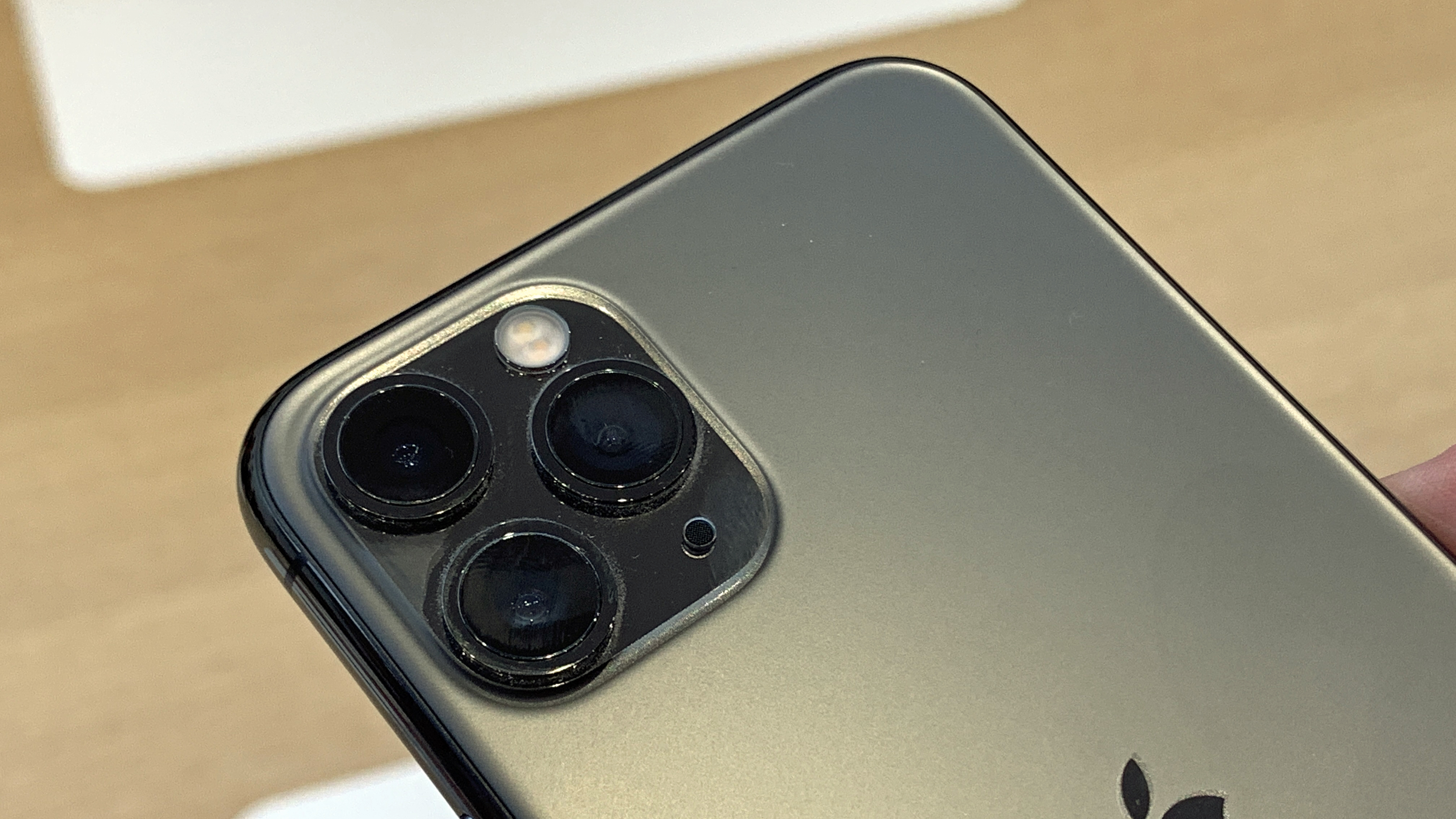 The iPhone 11 Pro packs the new A13 chipset, making it the fastest iPhone yet. At its September launch event, Apple said this is the fastest chip ever in a smartphone. As in every device since the iPhone X, expect this chip to power the new handset’s AR and AI capabilities to new heights.

The iPhone 11 Pro also comes with another mystery chip – the U1. Its Ultra Wideband tech allows the handset to find other devices packing the same chip. This has been interpreted as a reference to the Apple Tags tracking tiles, which went unmentioned at the September event – but in any case, it’s additional tech that lets devices running on the the cohesive iOS ecosystem to play even nicer with each other.

The Samsung Galaxy S10 packs either the Snapdragon 855 chip in the US or the Exynos 9820 in the rest of the world – both powerful processors, and the best you can get in an Android phone outside of the odd mid-year upgrade Snapdragon 855 Plus.

Given that neither of these devices are 5G-capable, they’re mostly going neck-and-neck for processing and streaming media via mundane networks. In a showdown, we'll end up seeing Apple’s new chip edge out the Snapdragon 855 (the A12 chip was more powerful than the 855 in some tests), but it doesn’t much matter: both are capable and fast enough to play games and watch TV shows. 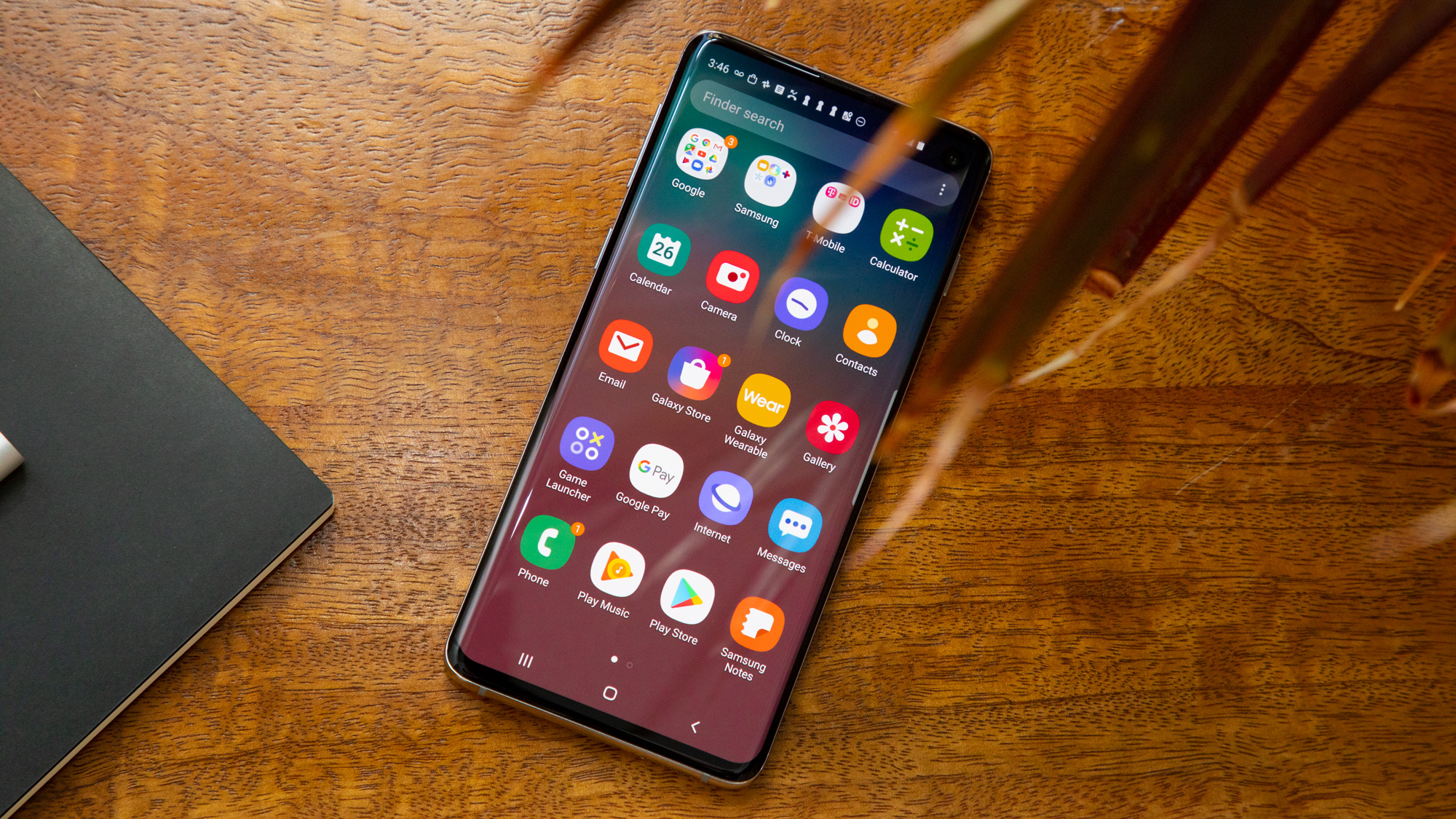 Apple didn’t announce the iPhone 11 Pro’s specific battery capacity – but it never does. A previous estimate put the iPhone XS battery at 2,658mAh, and rumors pegged the new handset at 15% larger (or more). But that metric is less useful for Apple handsets, which are tuned to iOS much more tightly than Android and get decent battery life with lower capacity – expect this one to last at least through the day and then some.

Officially, Apple claims the iPhone 11 Pro gets four more hours of battery life than the iPhone XS, which is a big jump, if true. The handset also swapped out its tired 5W charger for an 18W plug in the box, which Apple claims will juice up the new phone by 50% in 30 minutes. The wall adapter portion uses USB-C while the new iPhone sticks with Lightning.

Contrast that with the 3,400mAh battery in the Galaxy S10, which will almost certainly be larger than the capacity in the iPhone 11 Pro but might not exceed its lasting power by much. That said, the S10 does have an edge in utility: it can charge other devices wirelessly through its Wireless PowerShare feature (elsewhere called Reverse Wireless Charging).

While Samsung is no stranger to fast charging – it packs a 20W plug in the box – it takes the crown with an optional 45W charger (sold separately). There's also fast wireless charging available at 15W, beating Apple's 7.5W wireless charging speeds. 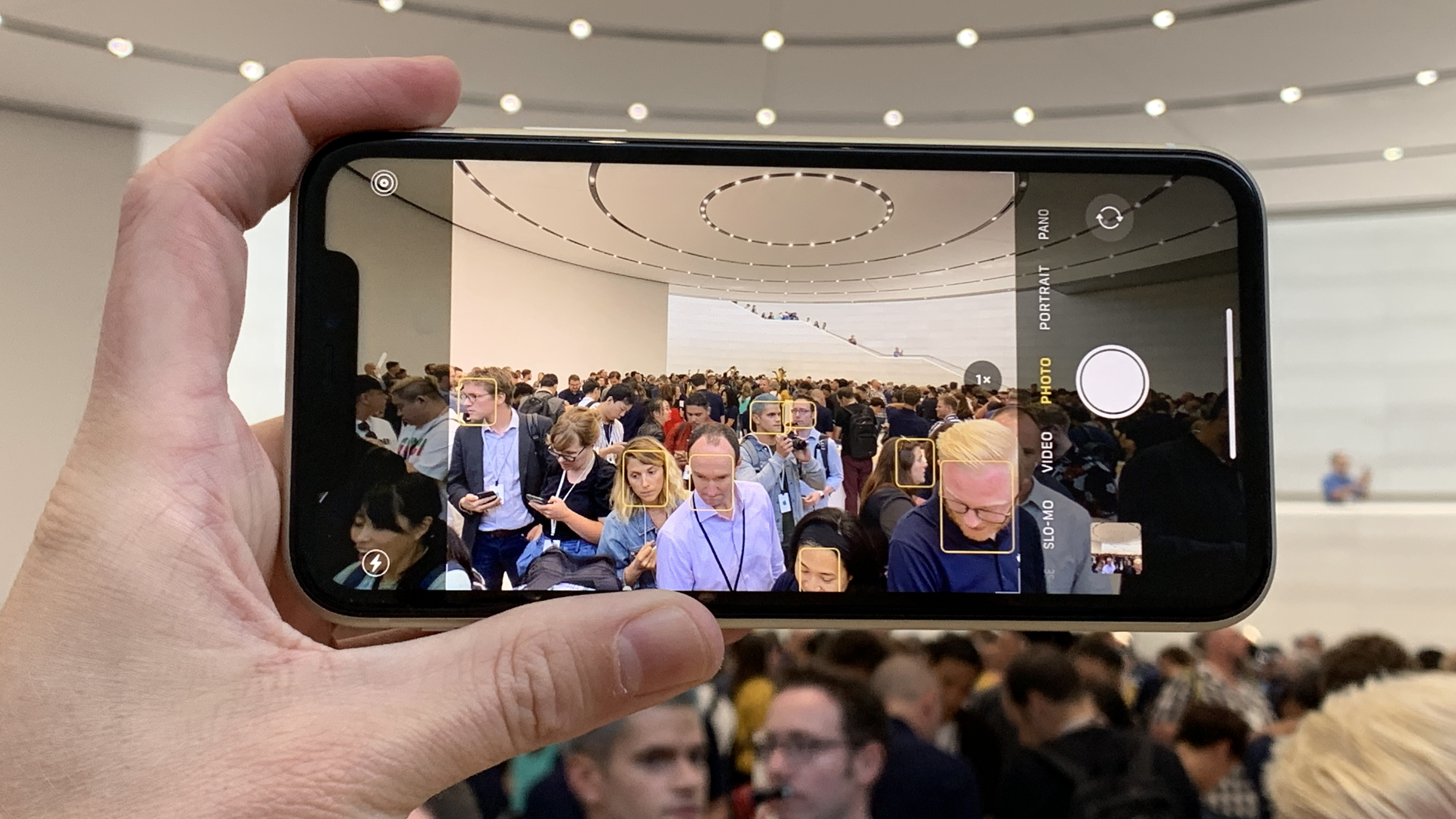 The iPhone 11 Pro is the most refined Apple phone yet, as much as the Galaxy S10 is the among the best version of Samsung's line. Which is as much to say that neither have made great strides ahead of their predecessors, but they’re the top choices available for each series if you don't want to go 'Plus' or 'Max'.

It’s tough to pick a favorite between the two – and not just because we’ve had so little time with the iPhone 11 Pro. The differences coming to iOS 13 and Android 10 have divvied these phones up even more than they seem after pitting their specs against each other.

But it’s also clear that both phones have pivoted to becoming camera powerhouses, with a similar spread of main, telephoto and now ultra-wide lenses. If you want a handset to last you years, well, either will do you fine – clearly, no phones are introducing must-own features to pull ahead of the competition anytime soon.

(Of course, if you want a tiebreaker, let’s just say we wouldn’t pick the phone with a distinct camera suite looks like an electric razor head.) 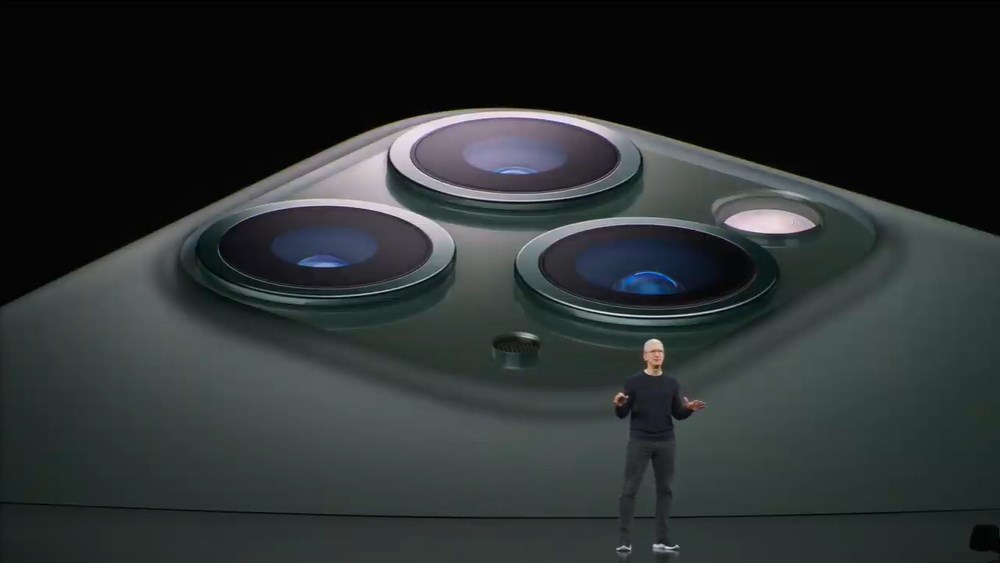