For many, the idea of earning a living as a professional gamer seems like a dream come true. Getting paid to play video games all day, with unlimited access to state-of-the-art gaming rigs and the latest peripherals, certainly sounds amazing on paper, as does the prospect of jet-setting around the globe to compete in international tournaments for big cash prizes.

However, the reality is that very few players are cut out for the task, as it requires incredible dedication, determination and perseverance to keep up with the daily demands of a pro gamer's lifestyle.

We all have a favorite game that we love coming back to over and over again, but what if you had to devote almost all of your gaming time to that title alone, sinking around 80 hours into it per week for several years, with little time for anything else?

To get an idea of what it's like to be a player competing at the highest level in professional gaming, we flew to Seoul to visit the South Korean headquarters of Gen.G, a global esports organization that's responsible for winning numerous world championships in games such as League of Legends, Heroes of the Storm and PUBG – here's what we learned.

In South Korea, a country that's referred to by many as the mecca of esports, professional gaming is serious business. Earlier this year, Gen.G completed an investment round worth a staggering $46 million, with Hollywood megastar Will Smith counted among its numerous cashed-up investors.

Formerly known as KSV Esports, Gen.G (short for Generation Gaming) was established in 2017 and has since expanded its global reach with offices in Los Angeles and Shanghai. It boasts 11 teams in total (including three Academy teams) and is ranked number seven on the Forbes list of top esports organisations.

Upon arriving at the company's HQ, which consists of an imposing, seven-floor concrete structure, it's immediately apparent that despite being a pro-gaming organisation, Gen.G isn't here to play around – they're here to kick ass and take championships. 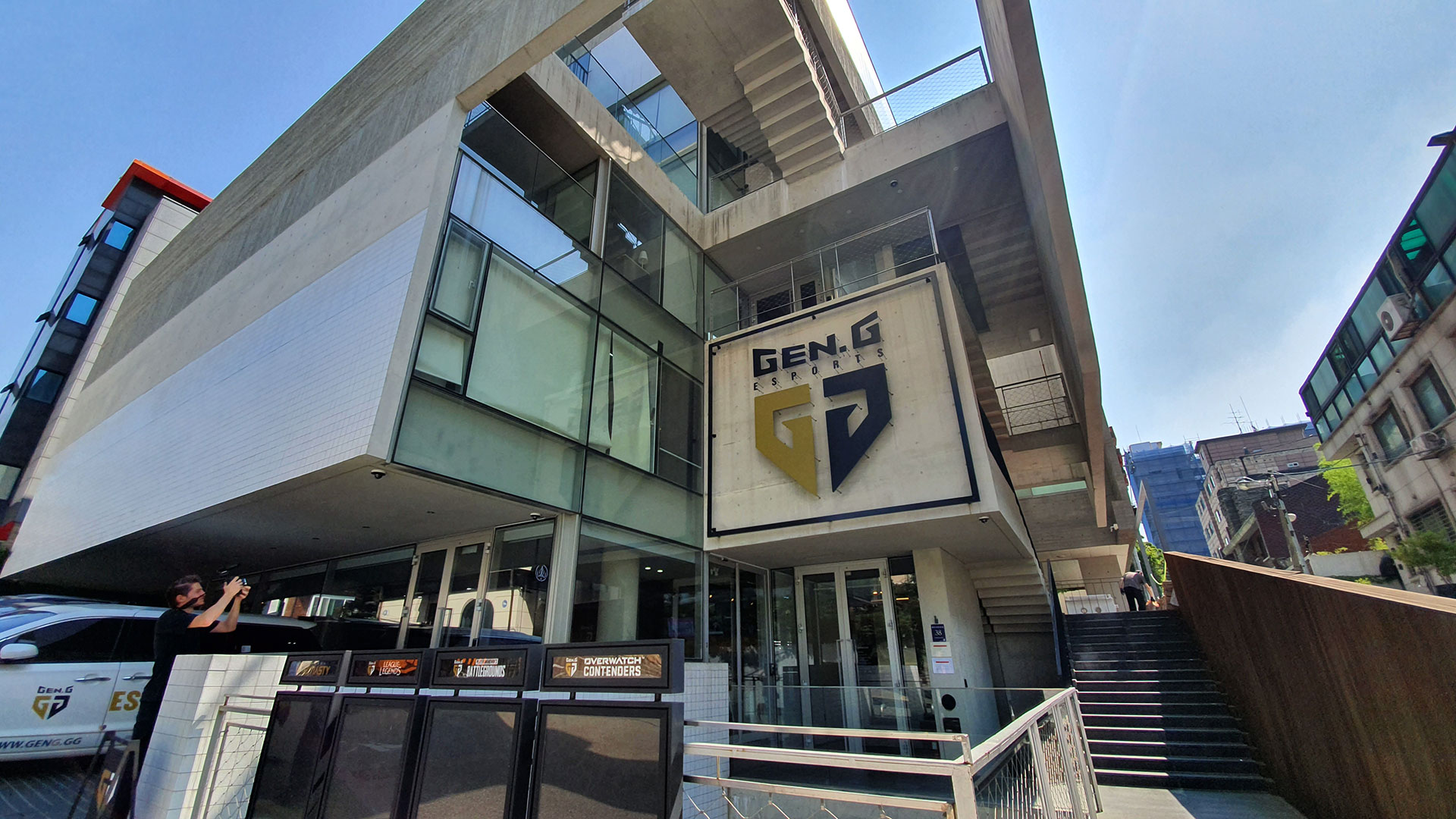 As our tour moves from floor to floor, we're struck by how many immaculately tidy rooms there are filled with specced out gaming PCs, each sporting high-performance internals, such as powerful video cards, SSDs and water-cooling systems, along with the expected rainbow-like RGB lighting and Gen.G Esports branding. 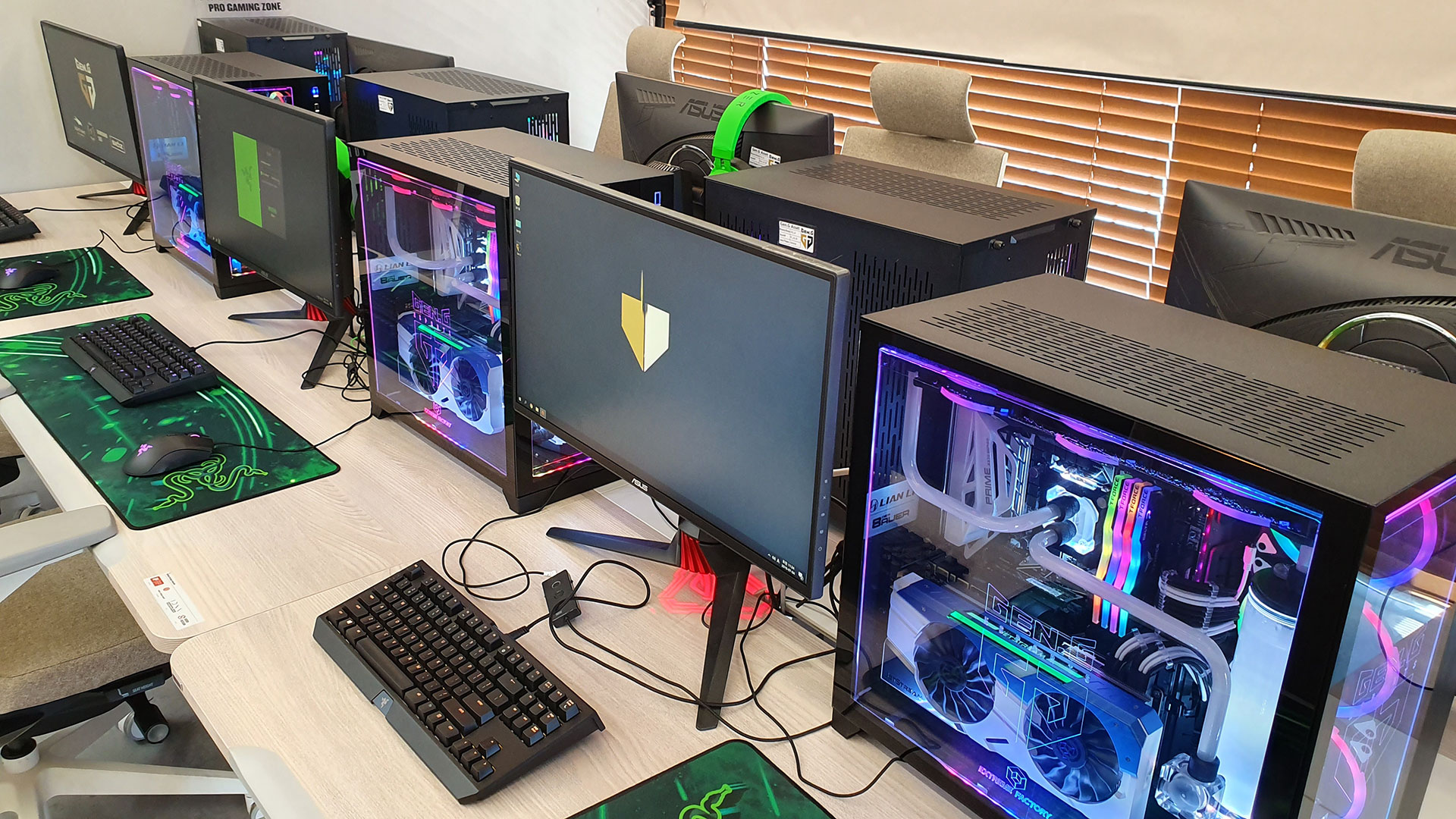 Despite the number of beastly gaming PCs found throughout the building, we were surprised to learn that in the mind of a professional gamer, possessing the right peripherals is arguably more important than having the latest GPU.

“All the equipment is of course important, but I would say the keyboard and the mouse pad are perhaps the most important because in a sense they are like weapons for a combatant," says Gen.G team captain Seong-Jin Lee, who's also known by his gamer name, Cuvee. 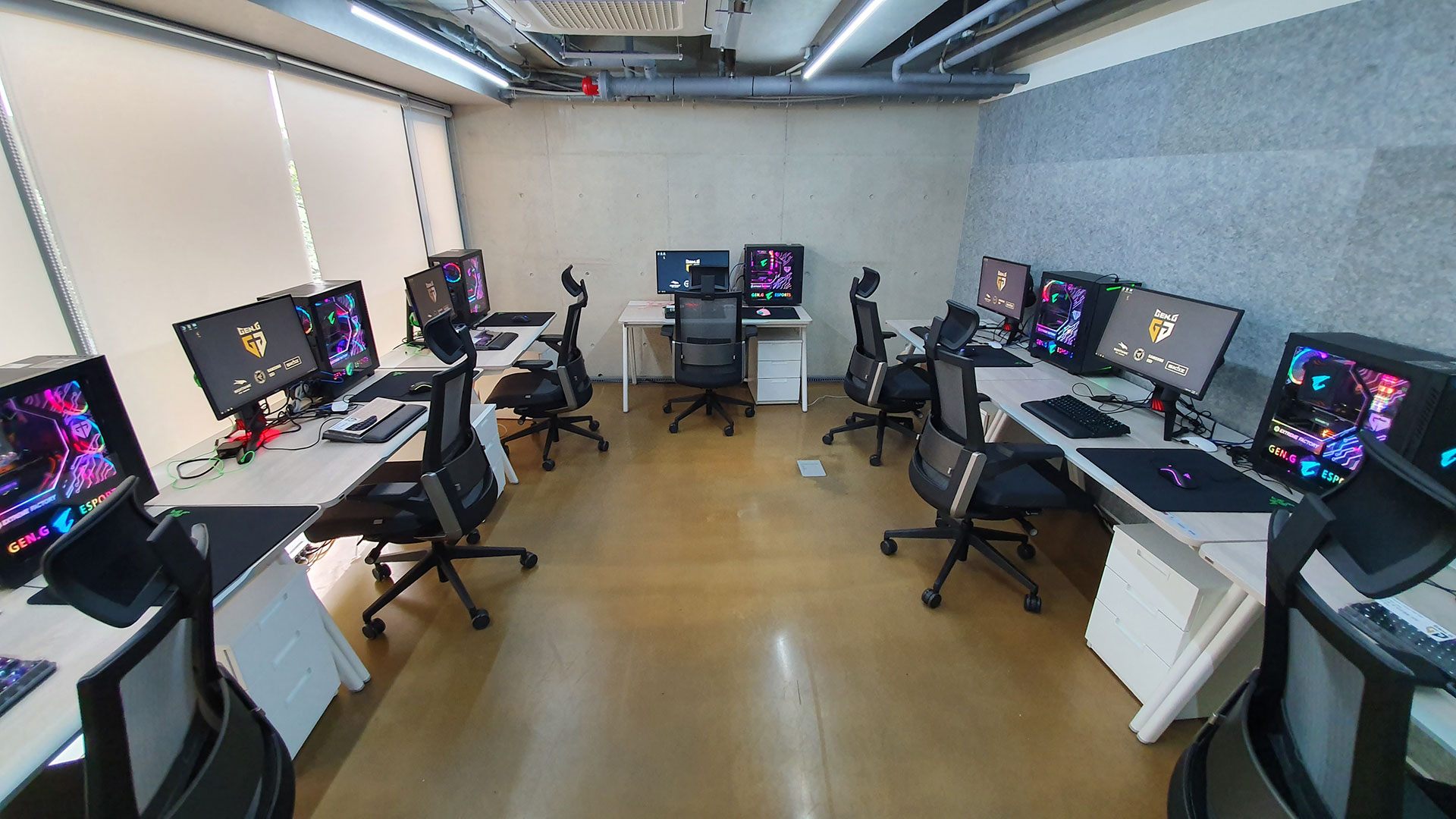 Very quickly, we get the sense from Cuvee that things like fancy gaming chairs and ultra-wide monitors are considered more of a luxury than a necessity. "As for the chair, as long as it's comfortable enough, it’s fine, and as for the monitor, as long as I can figure out what’s going on, it’s fine as well.”

Of course, you'd want to be comfortable, given the amount of gaming that is done by Gen.G players on a daily basis. To give us an idea, Cuvee takes us through an average day in the Gen.G team captain's life.

“Once I wake up, I wash myself, have breakfast then immediately start training until lunch time. I take my lunch break then rest for an hour or two, then I embark on my afternoon training, which lasts until dinner time. I have a quick dinner, then afterwards its back to training again until I go to bed.” 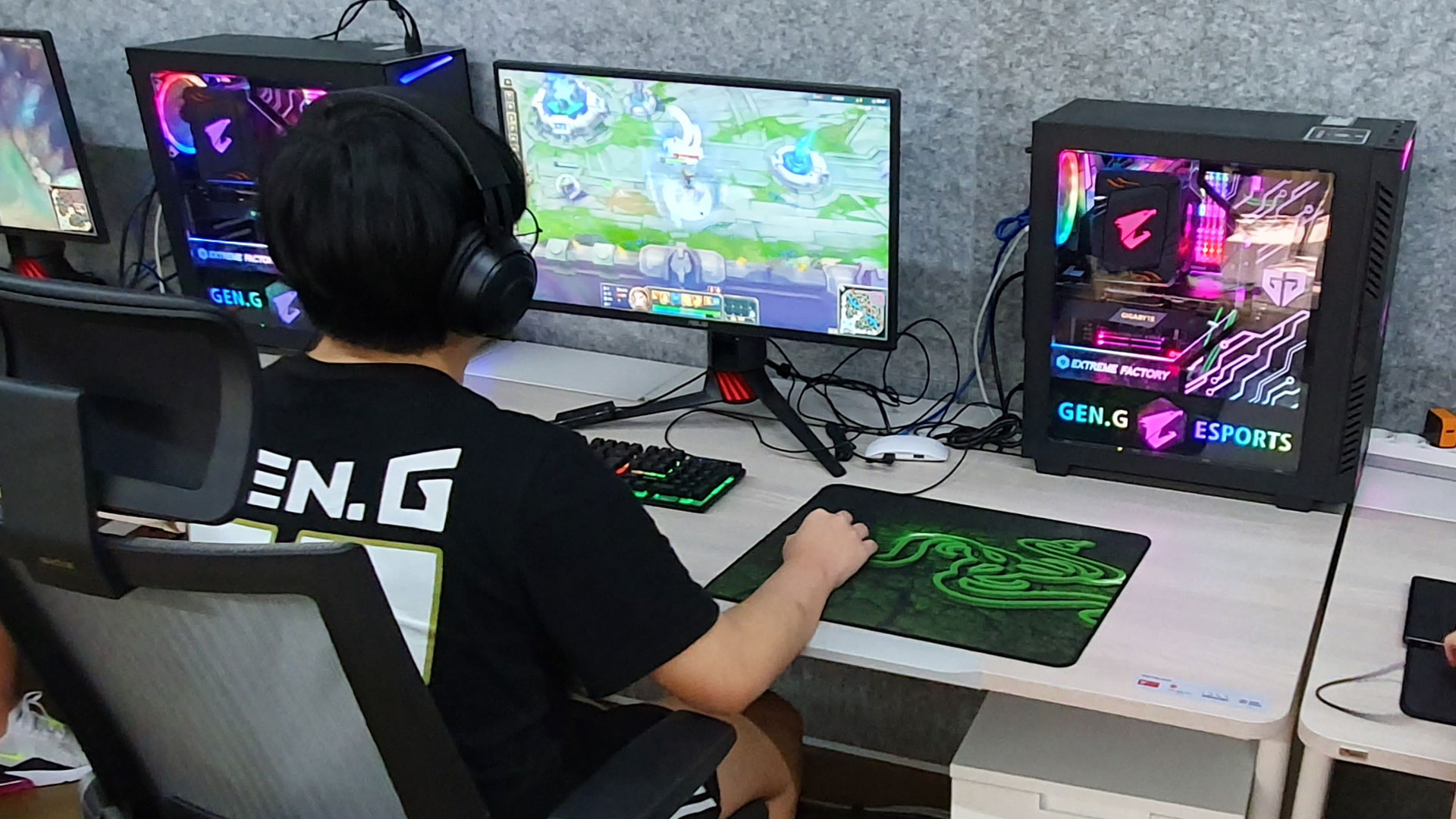 Jihun Lee, general manager of Gen'G's players department, echoes this statement. “On average, during a season [players train] 12-15 hours per day. Off season, they train at least eight hours a day.”

Typically, players arrive at Gen.G headquarters a little later in the morning, sometimes starting their training around midday. This will often continue well past 1am. Of course, players must use this time to strictly play the game they specialize in, meaning you won't find them dabbling in other titles during work hours.

“I have a very strict policy against that, so for instance, whenever the players are within this environment during training hours, they have to stick to their area of expertise, but of course they’re free to play whatever game they like if they’re on vacation or if they’re at home," says Lee.

He continued, "The reason I have this policy is because for them gaming is more of a job, and if you take into account that these gamers are quite young in age, they have not quite developed that sense of professionalism yet. And if they get distracted or become driven by the entertainment value or the fun of a certain game, I worry they might not be as focused on what they should be doing.”

Another thing to consider is that professional esports players tend to have fairly short careers, with many starting in their teenage years and retiring around the time most people would be graduating college. Of course, that has been lengthened in recent years.

"In the past, we would say that the peak age at which the players reach their maximum competency in playing these games would be 18-23 years, but nowadays we have a lot more categories of games," says Lee. "We’ve seen a lot of technological progress, and more sophisticated game-playing as well, so I believe that the life expectancy of a professional player has been extended somewhat so we see quite a number of players who are around age 29."

Lee continued, "I see this as a positive development, as in the past it has been a personal concern of mine to see all these professional players retire at a very young age, not being able to figure out what they would do with their careers, so with the extension of their professional gaming life, I hope to see more positive change in the field.” 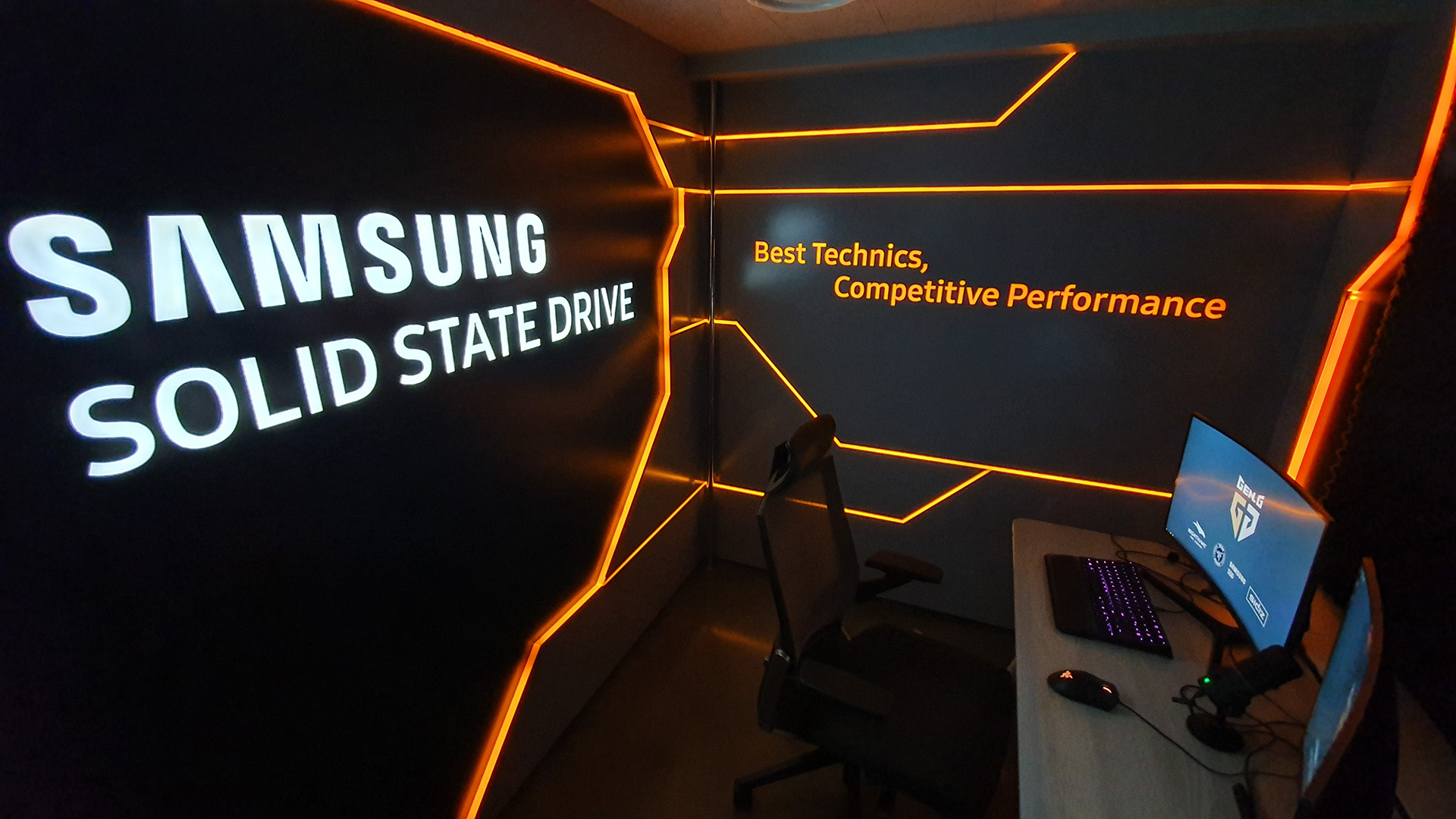 Thankfully, the esports organization does look for ways to help players continue their careers after their competitive days are behind them. During our visit, we noticed numerous smaller rooms throughout the complex intended for streaming – each one decked out with colorful strip lighting, and large logos from sponsors like Samsung and Razer.

Lee explains that players are encouraged to stream for a number of reasons. "From the player’s perspective, they of course have to take into consideration what their future career will be like once they retire as a player, and nowadays there are a lot of opportunities that have been opening up for them to become a professional streamer.” 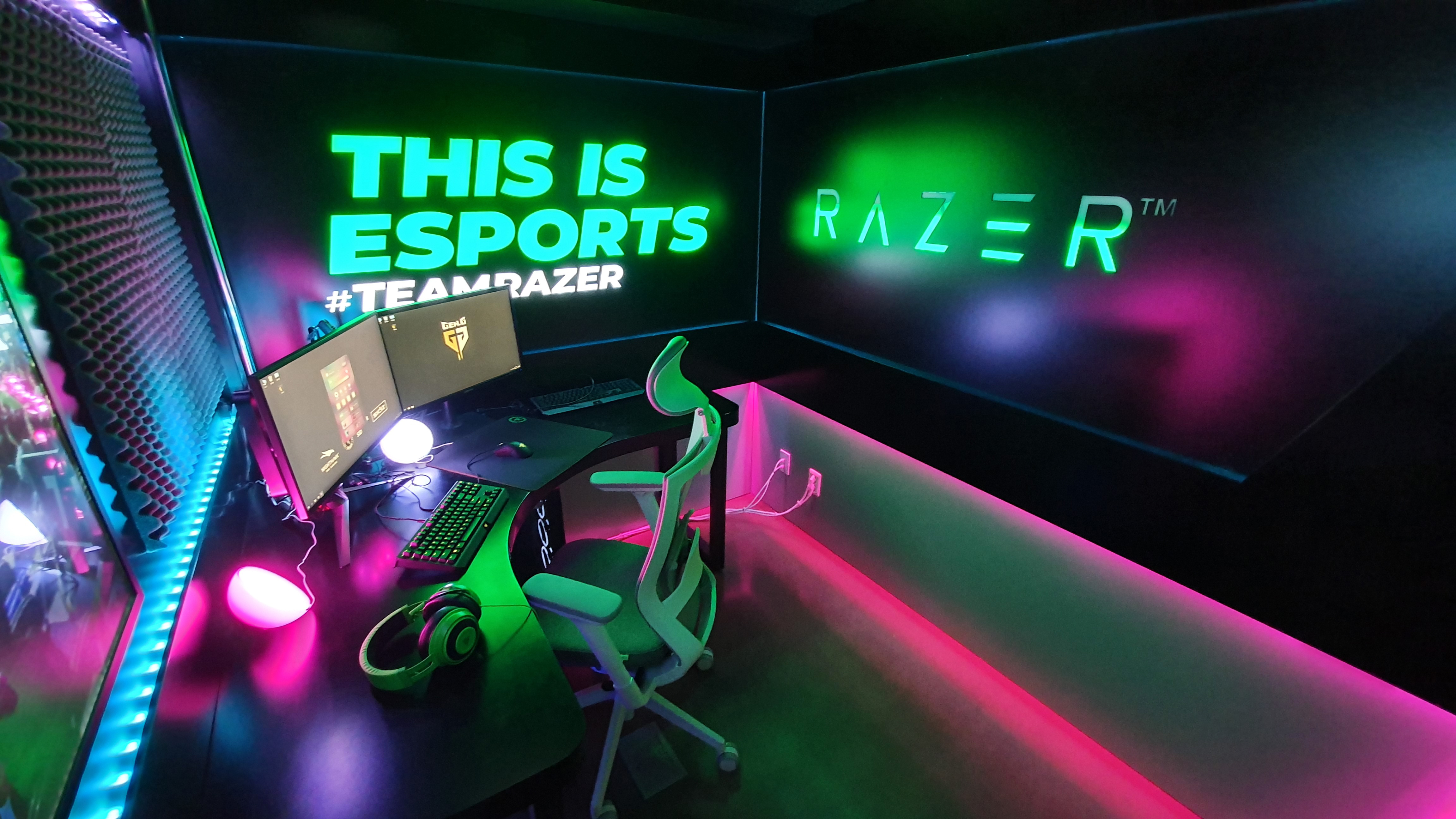 Admittedly, there are also other benefits for the organization itself. “One of the esports business models is the streaming business, and one of the big reasons for that is it allows a channel to communicate directly with fans, so we encourage players to engage in the streaming features, especially since from our perspective, once a player’s pay goes up, the revenue that comes from the streaming business can help offset the expense from the perspective of the company."

Having given us a rundown of what it's like to be a professional esports player, Jihun Lee leaves us with some advice for players who want to get into the field.

“I’ve noticed that a lot of younger generation players just think they can go into esports because they’re passionate about it, but in reality not a lot of them can handle the challenges or the stress that comes with the field, so I would advise that these younger potential players consult with their parents, their mentors, their teachers first of all, and figure out whether they’re an actual good fit in this field."

He continued, "The second thing is I would suggest that you go to an academy or an institution that provides some form of proficiency test so that you can gauge where you stand against potential competitors.”

Lee admits that the road to becoming a professional esports competitor isn't always straight, but believes those who are determined and driven are more likely to reach their goal. "It’s not a well-established route from becoming an amateur player to a professional player, so you have to be more proactive in reaching out to potential mentors to figure this out."