When Samsung announces the Galaxy Note 10 handsets on August 7, we're expecting the company to also release a new tablet as successor to the Galaxy Tab S4. It's expected to be called the Samsung Galaxy Tab S6.

We'd usually take pre-release leaks with a pinch of salt, but there are so many different voices saying the same thing that it make us think Samsung will skip the Tab S5 and jump straight to the S6.

Below we've compiled what we know so far about the upcoming Android tablet, as well as what we'd like to see when it is officially unveiled.

Cut to the chase

We're expecting to see the Samsung Galaxy Tab S6 alongside the Galaxy Note 10 and Galaxy Watch Active 2, which are expected to launch on August 7, 2019.

When will you be able to buy them though? We'd expect them to be available to purchase in the weeks following the launch event, although sometimes tablets take a little longer to become available.

We've not heard too much on pricing, however, and some of the leaks make us think this device could be far more premium than Samsung's other devices.

As such we'd expect the Galaxy Tab S4's initial price of $650 / £599 (around AU$920) to be trumped a bit by the Tab S6 price. Considering the iPad Pro 11 hits a four-figure amount for some variants, we may see Samsung jump up in price too.

We haven't heard that much about the Galaxy Tab S6, as we're not 100% sure Samsung will skip the S5, so there have been a few rumors around that device – but each leak provides a lot of information.

For one, we've heard that the slate will have two rear cameras, which is very rare in a tablet as the devices aren't used for photography much.

We're not exactly sure what the secondary camera is for. The tablet could have an ultra-wide or telephoto lens for wide-angle or zoomed pictures respectively. It may even be a Time-of-Flight (ToF) sensor for accurately judging depth, which could prove useful for augmented reality experiences. 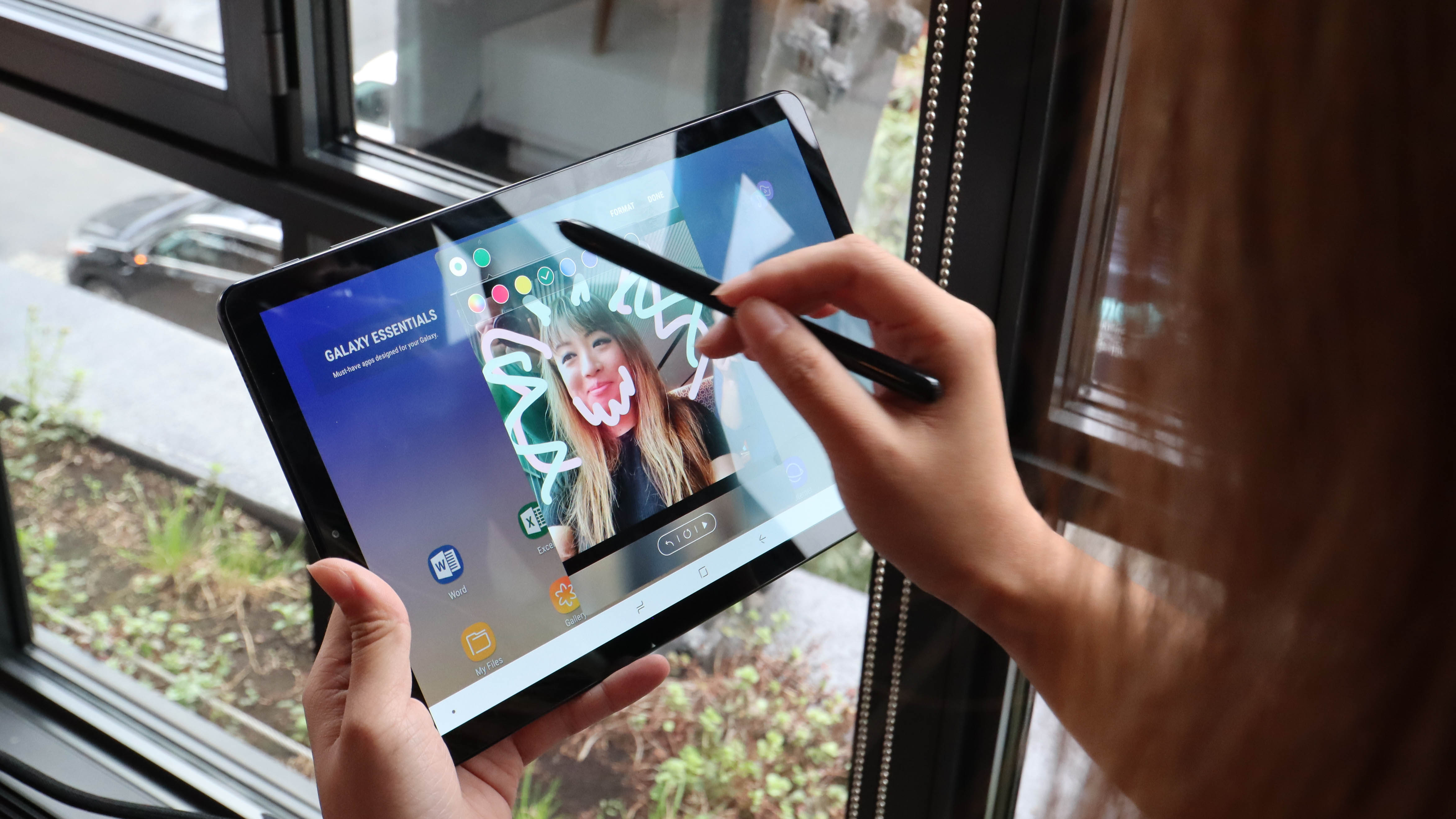 On the back of the slate is supposedly a groove that lets you dock the S Pen easily, without having to balance it on the top of the device with magnets like on the iPad Pro.

It's expected the S Pen would wirelessly charge when put into that groove.

One rumor suggests the Galaxy Tab S6 will use the most recent premium Qualcomm chipset, the Snapdragon 855, which would give it a hefty amount of processing power.

That's not much to go on for now, but with the Samsung Galaxy Note 10 stealing most peoples' attention the Tab S6 is being overshadowed slightly and it may remain that way until its launch.

What we want to see

We've put together a selection of improvements over the Galaxy Tab S4 that we'd like to see Samsung make for its next-gen tablet.

The Galaxy Tab S4 launched with the Snapdragon 835 chipset, which wasn't the best processor out at the time, and it felt a little bit slow to use.

If Samsung wants to position its slates as genuine competitors to Apple's powerhouse options, it could do with optimizing them quite a bit more. Hopefully the Tab S6 will allow for that.

We'd expect the Samsung Galaxy Tab S6 to launch with a pretty hefty battery as most tablets do. Wouldn't it be great if you could share that power with your other devices?

The Samsung Galaxy S10 range introduced Wireless PowerShare that lets you convert your smartphone into a wireless charger to power up your headphones, or other smartphones.

If the same was the case for a slate, it would be incredibly useful, due to the sheer size of most tablet batteries.

The Samsung Galaxy Tab S4 has a 10.5-inch screen, which is fairly decent for a tablet but it doesn't match the larger sizes of the iPad Pro range. Having a huge screen is great for working, as you can see lots of information at once, plus it's good for watching video as it helps better recreate a cinema experience on your lap.

If Samsung really wanted to push into the 'premium' tablet market, then, it could do so by stretching the screen a little, or at least offer various size options.

We expected the company to do this for the Tab S5 range, by offering the Tab S5e as a separate device, but by the looks of it that was just a flash in the pan.

Perhaps we could even see the Tab S6 come in a range of sizes, like the Galaxy S10 phones with the S10e, S10 and S10 Plus range.